Where to go in Moscow

Sports are becoming more popular in children and adolescents. In many cities, choice, some, in fact, a sport to do, almost none. But in Moscow 's eyes literally run away — so many sections and schools for different sports. 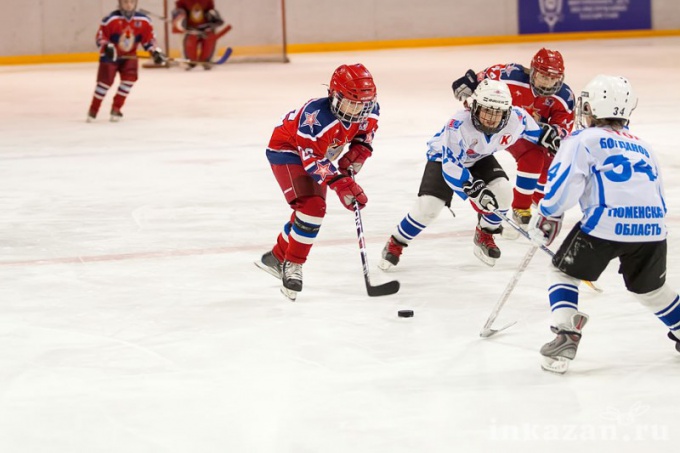 Related articles:
Instruction
1
The most popular sport in the world is football. They do like boys, and already quite adult people. In Moscow, many football club and youth sports schools. If man was not yet 12 years old, you can go to the football school of CSKA. Classes are lead by qualified coaches, who in their work use the most advanced football techniques.
2
You can also go to the football school of Spartak Moscow, Dynamo and Lokomotiv. Here, too, all classes put on a serious basis, they are well-known in the past, the players. Therefore, the time will not be wasted.
3
Hockey is only slightly less popular than football. And for those who want to engage in this sport, in the capital there are several children's and youth hockey schools that are under the Moscow CSKA, "Dynamo" and "Spartacus."
4
If the child wants to do Boxing and becoming a renowned fighter like Wladimir Klitschko, Mike Tyson, or Alexander Povetkin, in the capital there is a school of Boxing, which oversees well-known former fighter Alexander lebzjak. Also there are schools of Boxing Nikolai Valuev and Konstantin Tszyu, where selected only the most talented, but those who just want to box.
5
Also in the Russian capital there is a school of figure skating, the head of which is a legendary figure skater Irina Rodnina. There's only one problem — in this school choose only the best. And for those who are hopeful, in Moscow, there are about ten schools of figure skating, where you can fulfill your dream and become a professional skater.
6
If to speak about purely recreational options, to promote health you can go to the Moscow school of Taekwondo. There are many age groups in this sport you can start practicing and 7 years and 40 years. The most important is the desire and free time at least twice a week.
7
In that case, if a person wants to play sports on a purely Amateur level, then you can start figure skating classes and hockey in the sports Palace "Sokolniki". Previously, there had only been trained young hockey players of the Moscow "Spartak" in Sokolniki is open to all. That is why there are few semi-sections figure skating and hockey.
Is the advice useful?
See also
Подписывайтесь на наш канал