Can the tablet Android edit Word

Tablet excellent companion for creative professionals and office workers. But to make the toy work tool need to installed on the tablet a number of useful programs, among which in the first place quality text editor. 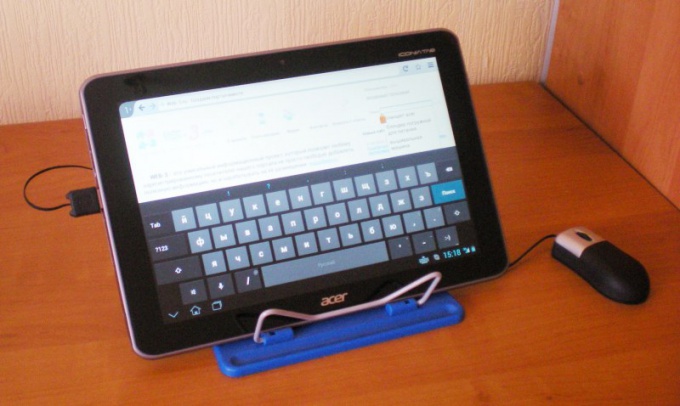 Related articles:
Most popular tablet manufacturers app to open and read documents, including presentations and spreadsheets that are pre-installed. But to edit the file in such a standard program is often impossible. But special software that is installed from Google Play, allows you to turn the Android phones into a full-fledged mobile office.

Kingsoft Office: editing any electronic document on the tablet

This app is in the top of the popularity Google Play and he has several hundreds of thousands of fans. That, however, is not surprising. The program allows in a few steps to open office documents, including a scanned copy saved in PDF format, right on your tablet.

The only thing this app do not like Russian-speaking owners of tablet computers - the lack of support of the Russian language. Although the application interface is quite simple and intuitive.

This app has much of the same functionality as the previous one, but he has a zest. QuickOffice can synchronize documents with Google Doc files, and for many is the determining factor in choosing mobile apps that work with word and excel documents.

Sync with Google Doc allows you to preserve documents even in case of loss or breakage of the tablet.

The functionality of the application is basic. Special features of word processing such as word for PC, QuickOffice no. But the fact that the program has enough to away from the computer no problem you can edit the document in any popular format and send it by opening access to the Google Doc or via e-mail. It is worth noting that without access to the Internet application also works perfectly.

Note that without Internet connection the documents are not synced to the server and save them to the memory of the tablet or on external media.

Out of office work will not stop if you have a tablet. In addition to the above applications that support editing files of electronic documents, there are about a dozen variations of free and paid programs. Therefore, if your tablet initially the editor is not installed, do not despair: take a look in Google Play and select from the range presented “helper” to your taste.
Is the advice useful?
See also
Подписывайтесь на наш канал