Do I need to handle the potato flowers

Some gardeners pinch out the tops of the bushes potatoes before flowering, during flowering they pluck flowers. But is there any sense in tearing the flowers from the potatoes? Whether to pinch back the bushes? And if all of these procedures done, then what impact will this have on plant development? 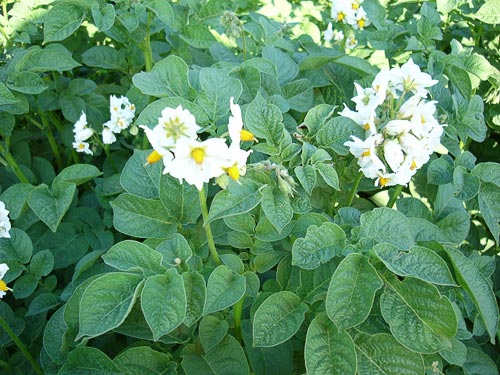 Related articles:
Special agricultural appointment - removal of the tops of potato plants, have not yet managed to appear the buds. The tip of the Bush with a length of two centimeters off or just cut off. If the plant is sufficiently watered then a couple of days later on Bush will come active growth of lateral shoots growth will last longer than without slicing the tops.

If you lengthen the period of vegetation, the ripening of the tubers will not change but under every Bush will increase their number. In addition, gardeners have noted that the tubers of potatoes, obtained from the trimmed bushes, the next year when planting give the crop healthier than tubers of the same variety but without the clipped bushes.

So it makes sense to pick off the potato flowers, but only when the potato area is small. But the huge field makes no sense to do such a procedure.