How to get rid of growth cherry

Some own-rooted varieties of cherries over time, create a wild growth, which grows throughout the garden and does not bear fruit. The number of new shoots can be increased by the freezing of the branches, surface irrigation and as a result of damage to the root system or crown of the tree. Free your site from cherry bushes and will give a new life to the mother tree. 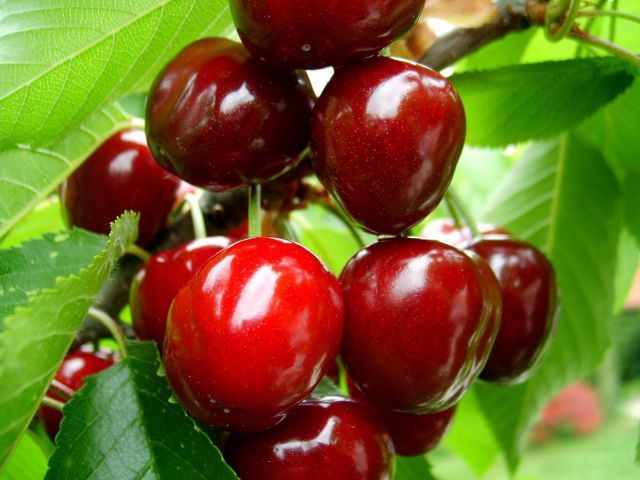 Related articles:
You will need
Instruction
1
Overgrown shoots of cherry picks for their growth all the nutrients from the soil, this crop of berries on the tree is greatly reduced, and even disappears altogether. It is not necessary to count on new cherry bushes, as it is a wild growth that are not giving fruit. The safe, effective and popular method of destruction Bush cherry is a regular struggle with the emerging shoots with a shovel and ax. Try to remove the shoots immediately after they appear, do not give them the opportunity to gain strength.
2
It is not enough to cut off the shoots with pruning shears at the base, as in the soil remain small stumps with young kidneys, which start to grow new, more powerful kids. In late autumn or early spring, dig out coppice shoots to the point where they begin to deviate from the horizontal roots of the cherry. Leave them in this place with an ax, do not leave stumps. Lubricate the seat frame special garden pitch, so there's nothing here has grown. Dug pit cover with soil.
3
Promptly remove from under the cherry tree fallen berries, or seed will grow wild bushes. You can limit the germination Jaroslavich shoots through cardboard or sheets of slate, burying them a foot under the ground under the cherry. The development also slows down the overgrown planting near a shaded tree (maple, Linden or chestnut).
4
With extreme caution should be used for the destruction of the shoots of cherry herbicides, as it could damage the parent tree. In addition, it is likely that in place of one dead escape will grow a few new ones. Crucial way the destruction Bush cherry – deep digging the land with a tractor or excavator. But this option is not for each plot, and the way is not cheap.
5
Unfortunately, not yet one hundred percent method of removing overgrown cherry once and for all. So you face a choice – to wage a constant struggle with the offspring of cherry or completely get rid of the old plantations and plant new varieties, not giving coppice shoots.
Is the advice useful?
See also
Присоединяйтесь к нам
New advices