Celery was brought to Russia a very long time and a long time it was considered a decorative plant. In cooking Russians broke through the fragrant greenery of the plant. And only in recent years that Housewives began to prepare dishes using the stalks, and celery root. 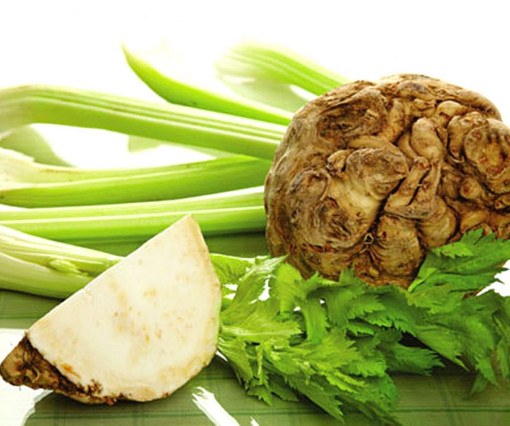 Related articles:
Instruction
1
The most common use of celery is finely chop the leaves and sprinkle the finished dish. Green, this well set off the taste of meat broths and soups, both fresh and dried. Fresh celery leaves add to sauces, salads, omelets, casseroles. They can be sprinkled on any dish, where appropriate spicy slightly bitter taste. For example, baked beans or eggplant, potatoes, carrots and tomatoes.
2
Celery seeds are good to add to meat soups, vegetable and meat stews. Put them together with other spices in the jars with the pickling cucumbers, zucchini, squash and eggplant before pouring the marinade. Some hostesses sprinkle them cabbage when pickling, use in savory baked goods, cheese sauces and fish pastes.
3
Celery you can cut into slices and add to vegetable salads. In some cases, it goes well with fruit - a famous salad of apples and celery, celery and kiwi. Also stem (nenarushennym) adorn the famous Bloody Mary cocktail. And if you finely grate the stems on a grater or chop in a blender, it becomes a component of mixtures of vegetable juices or smoothies on the basis of unsweetened yogurt. Even celery is complementary to seafood soups and fish. He is irreplaceable in many cold soups.
4
Celery root is also used in salads and soups. If its boil, bake or fry, you can add in vegetable puree. Also celery stuffed with different fillings and baked. Mousse of celery root offer with birds. They can replace potatoes in many recipes, if there is no desire to eat a lot of starch. Also celery root is dried and added to sauces and soups during cooking.
5
Celery juice mixed with ginger, honey and lemon, and then dilute with water. It helps to improve metabolism and lose weight.
Is the advice useful?
Присоединяйтесь к нам
New advices