How to plant tomatoes in the greenhouse

Growing juicy tomatoes in the greenhouse – it is appropriate for any vacationer. The harvest will be much earlier than when planting tomatoes in the open ground. Gentle care, proper watering, and also following the valuable recommendations will allow you to obtain a rich harvest of ripe and tasty tomatoes under plastic design. 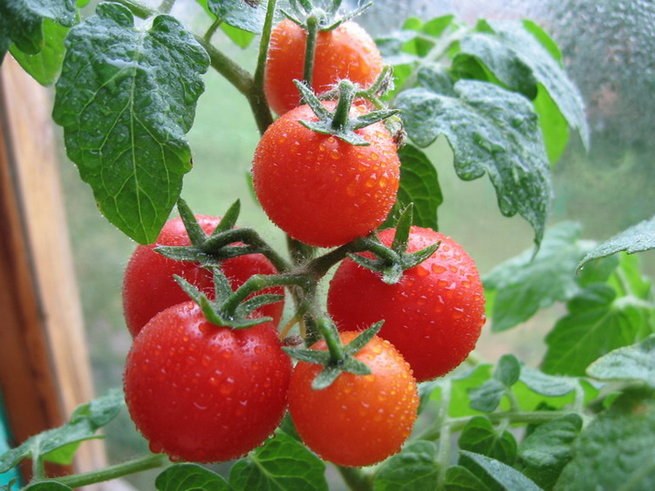 Related articles:
Instruction
1
The most important stage is the cultivation of seedlings. Just how healthy and strong will be the seedlings of tomatoes depends on the harvest. The first three weeks of sheet the system will grow slowly, then the growth will skyrocket. During the first weeks keep planted tomatoes at a temperature of -18 ºc in the day and 15 ° night. Watering the seedlings three times. First – with the appearance of seedlings, then two weeks later, the last one a few hours before transplanting to the greenhouse. The temperature of the water for irrigation should be 20oC. Daily turn the boxes with seedlings so that the seedlings are not stretched in one direction only.
2
In late April should start to strengthen seedlings, opening the window day and night. On warm days when the temperature is above 12 ° C, it is possible to make boxes with seedlings to the balcony. It is important that the land at the time of tempering remains moist so that the seedlings don't wilt. Five days before planting tomatoes in the greenhouse spray all the plants boric solution (1 gram of boric acid per liter of water).
3
The greenhouse should be fully illuminated with sunlight. The vents should not only laterally but also from above, as the tomatoes during flowering is not without good ventilation. The beds should be placed along the greenhouse, the number of bushes is calculated depending on its width. Add on every square meter of the beds with a bucket of compost, peat or sawdust (provided that the soil is loam or clay) and two tablespoons of superphosphate and a tablespoon of sulphate of potash. Good job on the dig.
4
Directly before planting, pour the prepared soil with a solution of potassium permanganate (1 gram of potassium permanganate per 10 liters of warm water). Pour in each hole for one liter of solution. Three days before transplanting to the greenhouse, cut off the three bottom leaves from each plant. Plant tomatoes vertically, do not need much to bury the plant, because this can stop the growth. Do not water the tomatoes in the next two weeks, so they are not stretched in length.
5
After two weeks, start to tie the tomatoes to the trellis at a height of 1.5-2 meters. Tomatoes form a single stem, leaving 7-8 of flower brushes. Leave only the lowermost shoots from one flower with a brush, the rest of the shoots from the axils of the leaves and roots must be removed (when they grow up to 8 inches), to make it better in the morning.
6
To tomato fruits appeared, they need to pollinate. In the afternoon, Sunny and warm weather, gently shake the flower brush. In the period of flowering of tomatoes is very important airing. Avoid condensation on the film. Waterlogged soil makes the tomatoes acidic and watery. Water the seedlings before flowering at intervals of 5-6 days at 5 litres per square metre. During flowering, watering should be more abundant – 10-15 liters per meter. The water temperature should be in the range of 20-22oC.
Is the advice useful?
See also
Присоединяйтесь к нам
New advices