The existence in Russia of serfdom known to everyone still at school, but the true picture of the life of serfs is not discussed as often, although this part of the history and culture of the people is very interesting. 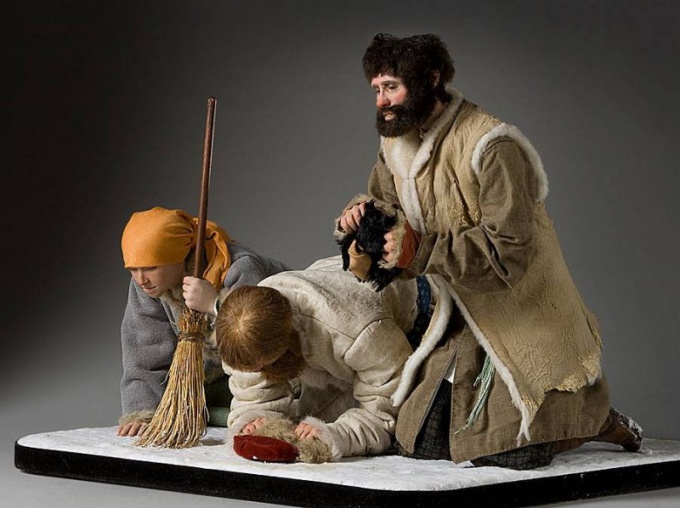 Instruction
1
The life of serfs differed in the extent that strengthened the serfdom in the country. In the period of its formation (XI-XV centuries) the dependence of peasants upon landowners was expressed in the payment of tribute, performing work at the request of the landowner, but leave plenty of opportunities for a reasonable life of the farmer and his family. Starting from the XVI century, the situation of the serfs became more difficult.
2
By the XVIII century, they already differed little from slaves. Work for the landlord held six days a week, only at night and one the rest of the day, a farmer could process their land, and feed your family. Therefore, at the table of the serfs was expecting a very poor set of products, and there have been times of famine.
3
On major holidays the place for folk festivals. This was limited to entertainment and leisure serfs. The children of peasants in most cases, education to obtain could not, in the future they expect the fate of their parents. Gifted children were taken for training, they subsequently were serf theaters became musicians, artists, but the attitude of a serf was the same, whatever work for the owner are not fulfilled. They were required to comply with any requirement of the owner. Their property, and even children were in full possession of the landlords.
4
All the freedom which at first remained in the fortress, was lost. Moreover, the initiative their cancellation came from the state. At the end of XVI century the fortress was deprived of the opportunity to transfer to another landlord, which is carried out once a year on St. George's day. In the eighteenth century the landlords has allowed for the offenses to exile peasants to Siberia without trial, imposed a prohibition on the filing of complaints by the peasants for his master.
5
Since that time, the position of the serfs approached the status of cattle. They were punished for any fault. The landowner could sell, separated from family, beat, and kill his fortress. In some manor houses were the terrible things happening that are difficult comprehension of modern man. So, at the estate of Darya Saltykova mistress tortured and murdered in the most sophisticated ways of hundreds of serfs. It was one of the few occasions, when threatened by rebellion, the authorities had to involve the landowner to liability. But such trials did not change the overall situation. Life of a serf remained a powerless existence, filled with grueling work and constant fear for his life and the life of his family.
Is the advice useful?
Присоединяйтесь к нам
New advices