Parkinson's disease (idiopathic parkinsonism) is a chronic progressive disease that gradually destroyed nerve cells in the brain. The disease causes involuntary shaking of extremities, impaired coordination and speech, muscle stiffness and difficulty in movement. For the first time this disease was described in 1817 by British physician James Parkinson in his "Essay on the shaking palsy". 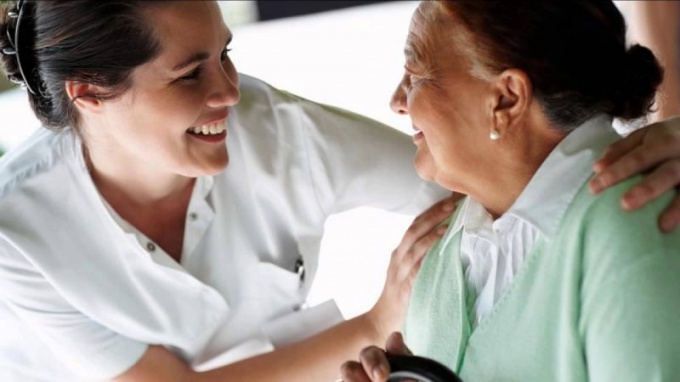 Depending on the reasons for the development of the disease there are primary (idiopathic) and secondary (symptomatic) parkinsonism. Primary parkinsonism, constituting 75-80% of all cases the disease is a Parkinson's disease. The predisposition to this disease may be inherited. Secondary parkinsonism or Parkinson's syndrome, develops on the background of various diseases and pathological conditions .

The exact cause of this disease is not fully understood. Physicians believe that the emergence and progression of Parkinson's disease can contribute to 3 main factors. First of all, this age-related changes and genetic predisposition (heredity), but the disease can develop under the influence of adverse environmental conditions.

Shaking hands is sometimes like rolling the invisible pills, coins or marbles.

The more time passes since the onset of the disease, the more there is new symptoms. Appears the awkwardness and slowness of movement, disturbances of coordination. Rigidity of the muscles of the lower extremities causing gait disturbance and leads to difficulty performing the most ordinary actions. Often there is rigidity of the neck muscles, restricting some movement.

The patient's speech becoming monotonous, quiet, without modulation, with a tendency to decay at the end of the phrase. Severe form of the disease is characterized by a loss of balance. In the later stages of the disease manifest violation of swallowing food and saliva. A small percentage of patients suffering from dementia, which indicate the inability to focus and slow thinking. In the later stages the patient may come complete immobility of the body.

In Parkinson's disease to start treatment as early as possible, because at the first symptoms need to see a doctor-a neurologist. To diagnose this disease the person is sent to electromyography to determine the cause of tremor, as well as to exclude muscular diseases. For the diagnosis of disorders of brain activity is electroencephalography.

The most important thing in the treatment of Parkinson's syndrome is the use of drugs, under the influence of which is terminated by the death of nerve cells called neurons. Usually the treatment begin with the appointment of drugs that contain dopamine, providing activity of neurons in the brain. These drugs are designed to compensate for the deficiency in production the body's own dopamine.

Usually the patient takes these drugs throughout their life. However, some patients do not experience improvement from the medication, so they are treated with neurosurgical methods. Although after surgery, full recovery does not occur, the patients are unable to adapt to normal life. To new methods of treatment of this disease is the use of stem cells, which are then transformed into neurons. By results of the conducted laboratory experiments found that this method helps to reduce the symptoms of this disease up to 75%.

In the treatment of Parkinson's disease used folk remedies. For the stimulation of the brain is useful to drink fresh juice of leaves of spinach, which should be consumed 2 times a day before eating. It is believed that the symptoms of this disease can reduce and propolis. It should chew 1 per day. Good decoction of 1 part of chamomile flowers, 1 part sage 2 parts Valerian root.

To date, the Parkinson's disease is considered incurable. Not yet created a drug that can restore the structure of the brain. Life expectancy with this disease depends on the stage that had started treatment. However, patients rarely live 10 years after the start of treatment.

Treatment in the early stages of the disease can significantly reduce the severity of symptoms and slow the progression of the disease.

Parkinson's disease is a slowly but steadily progressive disease. Over time, the symptoms of patients deteriorates, gradually leading to disability of patients. With the exception of some forms of disease, which are caused by drug intoxication. In this scenario, when the withdrawal of drugs may improve the condition.

To reduce the risk of Parkinson's disease allows you to maintain an active and healthy lifestyle, with the exception of the impact on the organism to negative environmental factors, timely treatment of infectious diseases, permanent mental and physical activity.
Is the advice useful?
See also
Присоединяйтесь к нам
New advices