Today, the construction market has a wide choice of materials for flooring, so buyers have the opportunity to purchase really high quality and environmentally friendly. One such material is linoleum, which, unfortunately, little known and not very popular with Russian consumers. 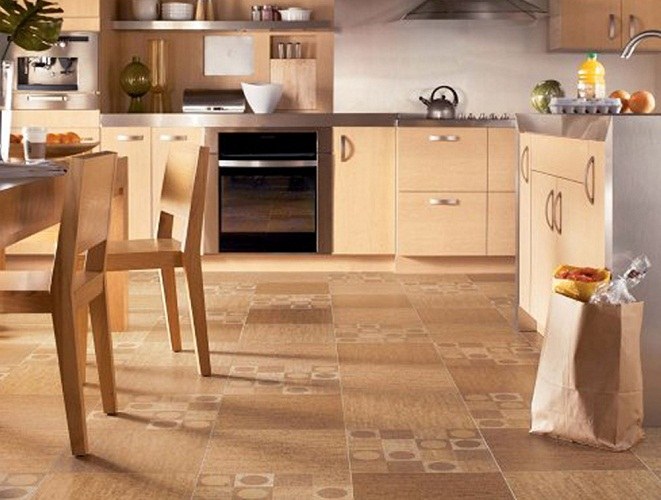 Little-known fact that linoleum is one of the first flooring that people use for decorating their homes. Many people think that it is a synthetic material that appeared only in the last century. But it's not. The word "linoleum" is derived from the Latin "linum oleum" – linseed oil. It is made by soaking natural canvas with linseed oil and causing the top protective layer from a mixture of resin and beeswax.

The linoleum, which adorned the floors in the apartments of Soviet citizens, already bore little resemblance to its prototype, from natural materials he has only jute based. It can hardly be called environmentally friendly – it was flammable, and the slightest heat began to allocate into the environment of harmful chemicals.

Technology of production of linoleum

Natural linoleum with eco-friendly modern materials and latest technology long produced in the West. It includes: a wood or cork flour, natural resin of conifers, fine lime and linseed oil, a smell which is the main characteristic of this flooring.

Natural linoleum has a different thickness - from 2 to 4 mm. Than it is thicker, the greater the operating load can withstand.

The listed ingredients are mixed into a homogeneous mass, which then remains in the ripening and aged in special tanks for weeks. After that, it added dyes, which dye pellets, resulting from the oxidation of linseed oil. The technology allows to obtain colored granules at any concentration and in any proportions, which gives the opportunity to implement the most intricate of color and decorative solutions.

Then painted the mixture passes the first stage of compression in a calender machine, jute laid on the Foundation and again pressed. If the thickness of the colored layer were equal to 5 cm, in the final phase it decreases to 2 mm. Finished sheets are dried in drying chambers for another two weeks and then covered with a primer treatment to increase the service life and protects the linoleum from wear. In conclusion, on the surface of the leaves is applied to another protective layer and cut sheets on a roll of tape or a square tile.

Because this flooring is characterized by high ecological, biological and antistatic properties, it is recommended to use as floor covering in children's rooms and bedrooms. Its additional advantages are good sound absorbing and insulating properties.
Is the advice useful?
Присоединяйтесь к нам
New advices