What is the couch

Today there are many pieces of furniture that help to create a unique atmosphere, make comfortable, and most importantly – original interior. Such furniture is a couch. It can be put in the courtyard, in the room or on the veranda – he always will look stylish and harmonious, happy family members and surprise guests. 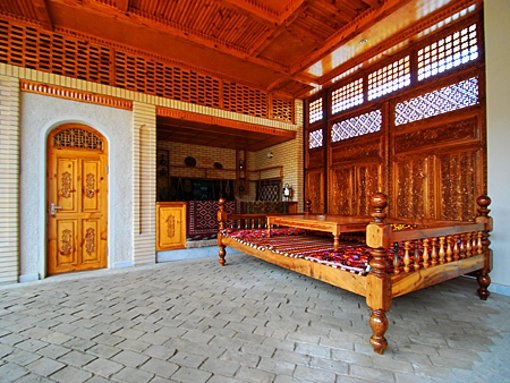 Related articles:
The bed – a rectangular or square piece of furniture to rest or sleep, which is usually made of wood. It has the backrest, located on three sides or even around the perimeter. In the latter case, one of the backboards is done one or two entrances. The design of the couch has a certain size, but its height rarely exceeds 50-75 cm the height of the backrest varies from 40 to 60 cm.

As it is quite a specific thing, it rarely can be seen in furniture stores. It is usually bought from the masters of the joinery to the dimensions and finish of the furniture is fully consistent with the interior. And some connoisseurs of the couch brought them from Central Asia, where it is especially prevalent this furniture.

Certain types of divan beds today are made with the roof, which are attached transparent curtain or fine mesh. This option of furniture is ideal for holiday relaxation, as it can protect it from weather and pesky insects.

The history of the couch

It is known that the couch came to Europe from Eastern countries. As the floor in the houses of the East had laid out mainly of stone, a wooden frame served as a certain elevation above it. This piece of furniture used as beds, modern sofas and even dining room. In the latter case, in the middle of the bed put a low table is very common today.

The table, which is set in the middle of the couch, carries the name "Josie". Its height usually does not exceed 30-40 cm, and his style is always consistent with the style of the couch.

Place for a couch in the house were chosen meticulously, because then it was considered almost sanctified. It had to be light enough and conveniently. The entrance to the bed was previously ordered women and slaves, but guests seated there first.

How to make a couch

When proficiency in primary skills of the joinery the bed can be made independently. For this to be done from boards frame the required size, similar to its structure with bed frame. It fixed carefully planed boards or plywood.

The width of the plywood should be not less than 15 mm.

With two or three sides are nailed to the frame of the backrest a height of 40-60 cm then the couch is carefully trimmed by a sandpaper coated with varnish or paint. After the bed is ready, spread the mattress and scatter cushions for comfort.
Is the advice useful?
See also
Присоединяйтесь к нам
New advices