How to take the veil

Monasticism — a special form of asceticism adopted in Orthodoxy, Catholicism and some other areas of Christianity. The adoption of monasticism (monastic vows) is an important and responsible step in life. The man who decided to take this step, must come to it prepared. 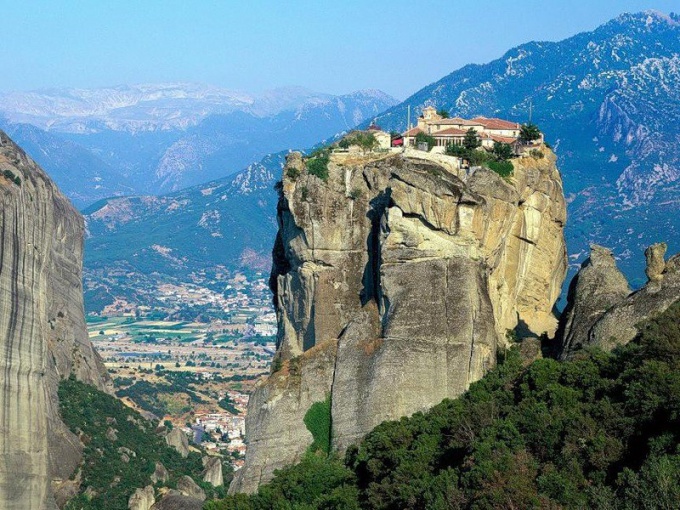 Related articles:
Instruction
1
Ideally, the monk — a decision for life. The Russian Orthodox Church allows in some cases the dissolution of a marriage, but she has no idea about the abolition of monastic vows. The monk who left the monastery in peace, breach of vows, and under the ecclesiastical ban.
2
The reasons for the adoption of the vows may be different. However, overall the Church's view is that the only good reason — the willingness to sacrifice everything to devote his entire life to the service of God.
3
It is strongly recommended not to leave the monastery of despair or inability to get married (to marry) and start a family. People who became monks for such reasons, as a rule, have great difficulty getting used to monastic life and are not always able to withstand.
4
According to the canons of the Russian Orthodox Church only a monk has the right to become a Bishop. Because of the number of bishops are elected by metropolitans and the Patriarch, the monk is the top of the Church hierarchy. In this regard, it is a widespread belief that the adoption of the tonsure, may contribute to the ecclesiastical career.

However, this view is mistaken. Became the monks of the ambitious considerations very rarely achieve their goal.
5
It is unacceptable to become a monk in another's possession, against his will. A spiritual mentor can be a blessing on the vows, but only if his client asks about it, from the point of view of the Confessor, is ready for such a change in my life. Otherwise, such a blessing not to be considered a guide to action.
6
Right mow come to the monastery is prohibited. Before taking monastic vows should be more or less prolonged preparatory period — the probation. Sometimes it is divided into several stages: novice (lives and works in the monastery), captainnick (adopted among the monks, wearing special clothes), novice (living among the monks and preparing for the tonsure).
7
The probation can last for several years. Throughout this period, the novice has the right to leave the monastery, if you decide that you will not be able to become a monk. However, in some monasteries it can be fraught with additional difficulties, as the charters of these monasteries equate novices in the duties of the monks and do not allow them to abandon the intention.
8
Not every man, who had become a monk, obliged to live in the monastery walls. Sometimes the Confessor blesses on "monasticism in the world" — the strict observance of vows without isolation from the outside world. However, such cases are rare, are exceptional and require the monk to a special internal determination.
Is the advice useful?
See also
Подписывайтесь на наш канал