How to exclude an ectopic pregnancy

An ectopic pregnancy is very dangerous for women pathology. It occurs when implantation of the fertilized eggs in the uterus and in the fallopian tube or the cervix, abdomen, ovary. If a woman with such disorders do not receive timely medical care, then it is a condition can result in death. How to exclude an ectopic pregnancy? 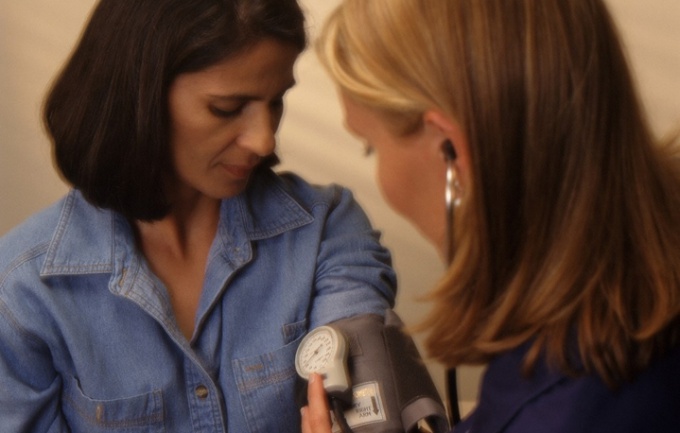 Related articles:
Instruction
1
If you are pregnant and feeling good, then you likely have nothing to worry about. However, if you experience symptoms such as stabbing pain in the lower abdomen, bleeding, discomfort, fainting, dizziness, fever, low blood pressure, should immediately consult a doctor. These signs do not always indicate an ectopic pregnancy, but if this diagnosis is confirmed then removal of the ovum you'll need emergency surgery.
2
To completely eliminate ectopic pregnancy, as soon as test will show two bars, undergo a medical examination. For diagnostics of a pathology'll do some tests: check immunological or biological response to pregnancy, the puncture of the rear vaginal vault, laparoscopy, ultrasound.
3
If by ultrasound, you will discover normally located ovum, it is almost 100-percent guarantee that an ectopic pregnancy you do not. The combination of these two types in 1 case 10-30 thousand pregnancies.
4
Abdominal ultrasound detects the gestational SAC in the uterus at the period of 6-7 weeks, when vaginal - term of 4.5-5 weeks. Sometimes an ectopic pregnancy can't diagnose due to the fact that the fertilized egg in the uterus take blood clots. If you develop an ectopic pregnancy, in rectouterine deepening it is possible to detect the accumulation of fluid. On ultrasound it is diagnosed in 50-75% of cases. The fertilized egg, located in the region of the uterus, can be detected by using the vaginal sensor.
5
Another fairly reliable way to rule out ectopic pregnancy is to make an analysis on the detection of human chorionic gonadotropin. The presence in the blood and urine of this hormone is one of the earliest signs of pregnancy. It react to and pregnancy tests. If human chorionic gonadotropin corresponds to the period, then a normal pregnancy. Ectopic its content reduced. To eliminate the error, if you suspect that pathology you will have and ultrasound, and analysis of human chorionic gonadotropin.
Useful advice
Particularly attentive to their condition should be women who are at risk. Women who have had inflammatory diseases of the pelvic organs with abnormalities or surgery of the fallopian tubes, adhesions in the pelvis. Also at risk are women with chronic or chlamydial salpingitis using intrauterine contraceptives, treatment for infertility and older than 35 years.
Is the advice useful?
See also
Подписывайтесь на наш канал