How to remove vesiga of sturgeon

In Ancient Russia the economical housewife the Nazis used all parts of the sturgeon: head, tail, scales, etc., including the vesiga. This so-called chordal ridge large red or sturgeon. Vesiga and food from it was pretty common in the cooking of those times. Today is not often seen in collections by cooking recipe dishes visage. It is troublesome, and not everyone can afford. So try these tips in order to properly remove the vesiga of sturgeon. 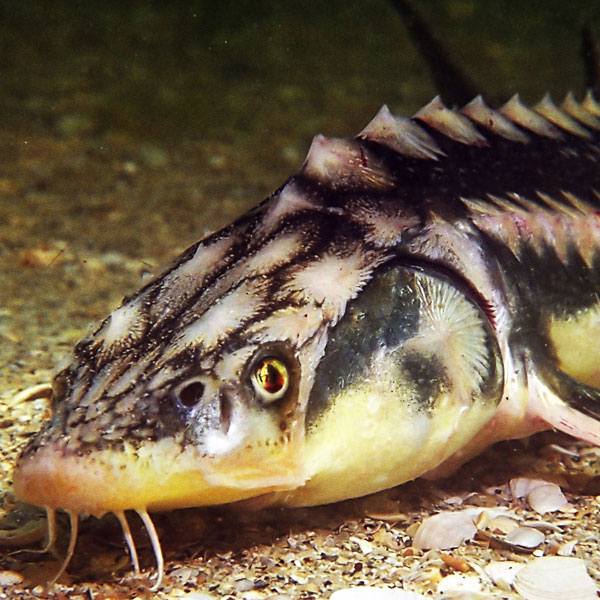 Related articles:
Instruction
1
Prepare the sturgeon. If the fish is not chilled, and frozen, it should be well defrosted. Thus, vesiga will not be torn to pieces. Gut the fish and pour over boiling water to make the scales easier to remove.
2
Decide for yourself what you want to cook. Use the vesiga sturgeon in various forms: dried, cooked, cured. But mostly as a filling for pies, casseroles, pie.
3
Select the option for visage. Remove the vesiga range of sturgeon in two ways. After cutting fish or before. Since removing visage of sturgeon requires some effort, leave it to a man.
4
If sturgeon are large, remove the vesiga after cutting fish. Usually it is first cut transversely into smaller sections. After that, each part is cut along the spine, not cutting it, remove the pulp. Since the spine is large, then the vesiga get out of it by lifting your finger from the inside. Thus you get a vesiga in separate pieces
5
If sturgeon is not very large, it will approach the second method, a more rapid and effective removal of visage to cutting. First, cut off the head and make a slit flesh along the ridge of the fish without damaging the spine. Incise the flesh around the spine of the sturgeon, as if you wanted to cut off the tail. But at the same time without affecting the range. Followed by a circular motion along the axis of the ridge to reverse the tail and gently, slowly pull the vesiga. If all the same it ended, you can continue removing it the first way.
6
After the vesiga washed and cleaned from the top of the soft layer, as it is inedible. Before the actual cooking of cake or pie the vesiga is usually rolled up in small balls and dried. In the old days it was dried for several days on a special wooden shields, and in our technologically advanced time, this process can be accelerated with the help of the oven. Dried at low temperature for about four hours. Some furnaces are equipped with special functions. Well, the recipe from bisigi each chooses for himself.
Is the advice useful?
See also
Присоединяйтесь к нам
New advices