How to divide adjoining rooms

Quite often there are apartments in which there are interconnecting rooms. This layout is rarely satisfied owners. To solve this problem can be quite simple. You need to do separation of adjoining rooms. 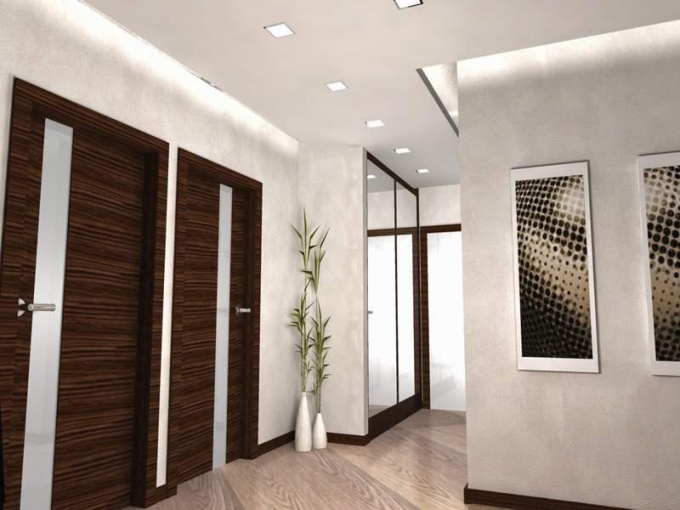 Related articles:
Instruction
1
You first need to make a doorway in the second room. It will output into the corridor. The door between the rooms, is just bricked. So the plaster is necessary to identify the contour of the door opening, and the contour of the placing of support beams above the doorway. The road markings are required on two sides of the wall. If the wall is load-bearing and laid on her ceiling, it is best to do to strengthen it. At a distance of 60 centimeters from the wall, set on two floors column profile. The ceiling put on the columns bar or shelves. Columns be sure to back wedges.
2
After that, the knocking out of the recesses with a chisel. This is done for the subsequent installation of the bearing blocks. Notch knock one side of the wall and install the unit, and then a similar action occurs with the other party. If you want to install the three blocks, with one side of the wall, install two blocks and on the other hand - one. Note, the notch need to do large enough beam to be easily located. Before you install load-bearing beam, cement place of the underlying plate thickness of 5 mm. Between laying and the end of the beam, apply the grout. Must be wedged in the seam between the beam and the masonry. For this purpose, commonly used pieces of brick.
3
After that, you can go to the other side. Emboss a recess for a bearing block. Install it in the same way as the first. The space that will be between the blocks must be filled with mortar with brick rubble. Then you can install the door frame and the door itself. Once the design is in place, engage the surface finish around the door.
4
Interior door can be laid in conventional brick. First you need to dismantle the door and the door frame. Then make the solution. The method of installation can be used by anyone. It remains only to smooth the surface and make the finish.
Is the advice useful?
Подписывайтесь на наш канал