How to paste film door

Not always enough money for a new door. And still want to update them, to return them to normal. Pretty economical means is adhesive tape. And skilled hands with a film of old the door quickly turns into a new one. You just need to know a few nuances. 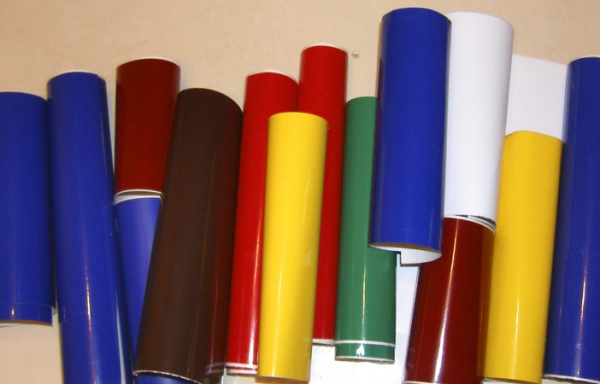 Related articles:
You will need
Instruction
1
As with all construction work, first prepare the surface of the door. It needs to be cleaned from dust and grease. If the door was previously painted and the old paint peeled off in places, and the door need sanding first hard sandpaper, and then finer to scratches. Then, the surface of door wipe with a damp cloth. After all treat the door with soapy water and allow to dry. Particleboard and plywood on the doors are usually not treated, so these doors before gluing the film is preferably treated with a primer based on acrylic. When the primer dries, go sand paper again, but don't erase completely the primer. The surface should be brought to perfect smoothness.
2
Remove the door from its hinges. Go planed at the ends and be sure about loops. Return the door back in place and try to close it. When closed, must be a gap of about 1-2 mm. In this case, the film will not wear off.
3
Start wrapping the doors film. You can first glue the door from the yard, turning down 1-2 cm on the door, and then gluing the main part of the film, put a little curved on the edge. Joint should not be visible. For convenience, do not remove the entire backing paper immediately. It is best to do the job in parts. First remove 20 cm of the backing paper, stick the tape to the door again gently flatten the tape with a rag. Continue so to the end.
Note
During or after pasting, you may get under the film of bubbles. There are several ways to get rid of them. For example, using a hair dryer - hot air to soften the tape and just apply it with a rag. Helps pierce the bubble with a needle. After that press the film in place of the bubble and all.
Useful advice
It's a pretty cheap way to upgrade the old ugly door, but not so easy as it seems. Is perfect and smooth surface, you can get bubbles under the film, and bends obliquely glued film. Why not handle the matter alone.
Is the advice useful?
See also
Подписывайтесь на наш канал