How to make koumiss

Mare's milk is called a dairy beverage that quenches thirst and is known from ancient times. Product preparation possible and in the home. Traditionally, the koumiss made from Mare's milk in a special leather jug called "wineskin". Currently, the drink can be prepared from cow's and goat's milk. 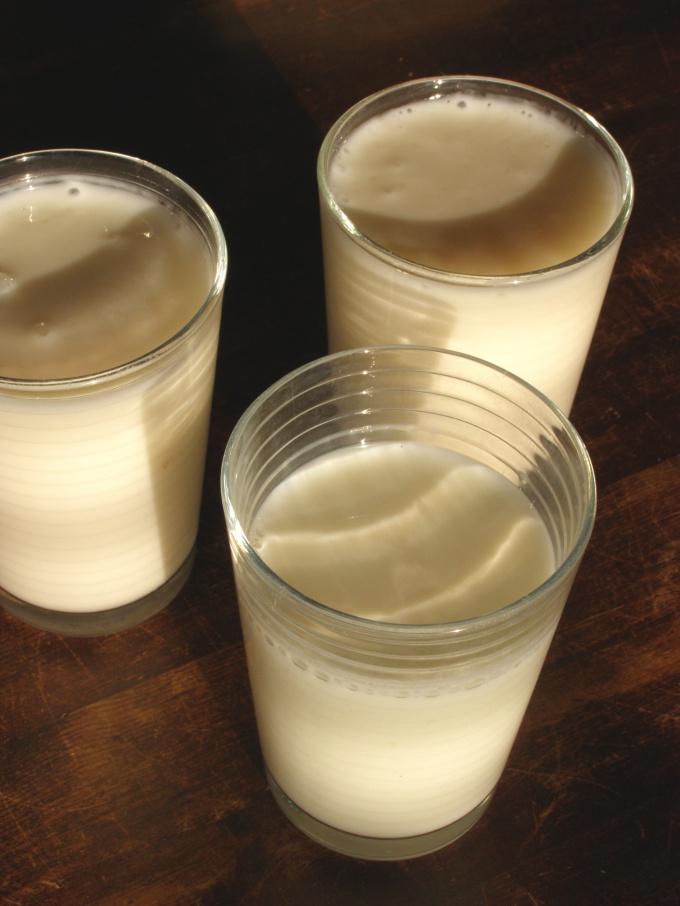 Related articles:
You will need
Instruction
1
In order to prepare Mare's milk take milk of any fat and boil it on a slow fire. Then mix it with water, add sugar or honey, remove from heat and leave to cool to room temperature.
2
To the resulting mixture add two tablespoons of yogurt, close the lid and wrap a warm large towel. Put in a warm place for several hours (5-6).
3
When the liquid will turn into sour milk, whisk it with a whisk or mixer, and the resulting flakes, strain through cheesecloth, folded in four layers.
4
Compressed yeast, pour warm water and whisk the mixture until the consistency of thick cream. To this composition add the sugar, and then attach the entire mixture to milk. This contributes to the formation of alcohol and carbon dioxide.
5
Pour the resulting product in clean bottles and close them tightly with lids. Let stand for 30-50 minutes. During this time in the bottle produces carbon dioxide, the fluid begins to "play", so it's best not to fill the bottles completely, better than two-thirds of their volume.
6
As soon as you notice that the bottle has begun the process of fermentation, immediately place them in the refrigerator on the bottom shelf or in a large bowl of ice water. To capacity from Mare's milk did not explode, it is served to the table chilled and open very carefully.Mare's milk is very refreshing and quenches thirst in hot days, in addition, it contains a lot of vitamins and minerals.
Note
Mare's milk can be prepared not only in bottles but in barrels of wood. In addition, the drink is subject to long-term storage. Distinguish Mare's milk daily, a week ago and good old drink.
Useful advice
It must be remembered that Mare's milk contains alcohol and therefore it should take care to people who have contraindications to the use of alcohol. This is especially true for children and pregnant women, as well as vehicle drivers.
Is the advice useful?
See also
Подписывайтесь на наш канал