How to determine the fault of the computer

Computers are firmly entrenched in modern life. This – and working place, and means of communication, and the best holiday for many millions of citizens of the XXI century. The worse is the situation that the dispossessed owner of this achievement of high technology describes a capacious phrase: "My computer died!" Fortunately, it is not always the situation is so fatal. Sometimes it is enough to replace the faulty item to return your computer performance. How do you determine the fault of the computer? 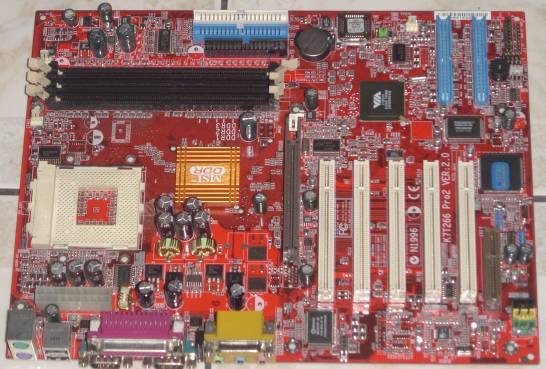 Related articles:
You will need
Instruction
1
You turn on the computer, however, on the front panel of the system unit does not light up the Power indicator, you do not hear one short beep, no fans spin on the PSU and on the CPU. This whole sad picture – evidence of power problems. Check if there is power at the outlet. If the computer is connected to the outlet through the pilot, make sure the pilot is turned on. If OK, unplug the electrical cable from the electrical outlet and from the power supply, and then connect back and try again to turn on the computer. If nothing has changed, unplug the system unit from the power supply, remove the side panel, disconnect the power supply from the motherboard and bridge the green and black pins with a 1K resistor. If the power supply does not start, then the problem is in it.
2
If the power supply is OK, disconnect everything from the motherboard except the processor. Connect the power supply and run the computer. If the power supply is turned on and to turn the cooler on the CPU, then the problem is in one of those devices that you disconnected. Connect them one at a time, starting with memory modules, and see when the computer will again cease to be included – thus you will find the faulty device. It is not excluded, however, that it will work – not surprising, as we know, electronics is a science about contacts.
If you disabled the devices the computer will not start, Unscrew the screws which the motherboard is attached to the body, and remove it. Put the fee on the table, connect to the power supply and try again to run. If the power supply is started, perhaps, between the housing system unit and the motherboard in some place there is a short circuit, or the Board has a hairline fracture, which manifests itself when the cost of tightening the screws.
3
If when you turn on the computer, lit up LEDs and spin the fans, but the system will not boot and the system unit is not beeping, check the BIOS battery. If the voltage is less than 3V, it is better to replace it.
Reset the BIOS, perecnuu screwdriver contacts where the battery. Inspect the capacitors on the motherboard – among them should not be swollen and soggy. Perednia power connector on the Board.
4
If the inclusion of dynamics there was not a single short beep, and long and/or short signal, then the faulty one. Every manufacturer has appointed for his own equipment audible alarm. If you have no tables in which stands for the value of "beeps", try to take action yourself. Disconnect the computer from power remove the side panel, remove memory modules and clean their contacts a regular school eraser. Do the same with the video card. Insert the equipment into the slot firmly until it stops. If you have multiple memory modules, insert them one at a time – perhaps a faulty one of them.
5
If your computer is normally turned on and from the right speaker is heard a short beep, but the monitor is blank, turn off the computer and politcnica interface cable. If not, perhaps the interface cable is faulty – replace it.
Useful advice
Use tables BIOS beep, to more accurately determine the fault of the system unit
Is the advice useful?
See also
Присоединяйтесь к нам
New advices