How to make a dartboard at home

One of the fascinating and spectacular of applied sports is Darts. Darts is a game in which players toss Darts into a round target, which is usually hung on the wall. This game can be made independently in home conditions. The main element of the game – special throwing Darts. 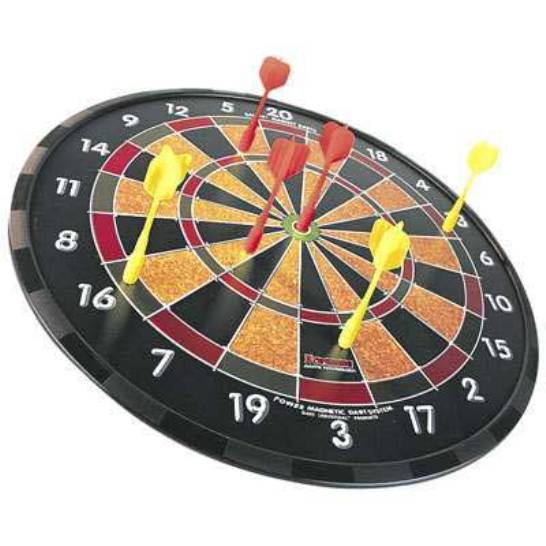 Related articles:
You will need
Instruction
1
One of the easiest ways of making a dart will require the most affordable materials and tools. Prepare a sheet of paper, scissors, matches, a pin with a flat head in the form of a circle, thread, glue.
2
Take ordinary notebook paper and cut out a square of about 50x50 mm. Fold the resulting square in half diagonally. To lock the fold line, swipe it with your finger or with a ruler. Now fold the square piece in the second diagonal and re-secure the fold.
3
Now midway on each side of the square fold to the center, so in the end you get the whole plumage of the future of dart, which consists of four triangular blades.
4
The center of a square pierce with a pin so that the tip was on the outside, and the head of a pin inside the tail.
5
Take four matchsticks and add them together. You should have the base of the dart, consisting of four component parts-matches. Grab the head part of the future of dart loop of thread and wrap the match a few turns of thread to design is not broke.
6
On the opposite side of the composite shaft of the insert between the matches dart already pre-cooked plumage to each blade of the tail was located between the two adjacent matches, and the end of the pins protrude from the front of the shaft.
7
Now gently roll the tops match the shaft thread, lubricated with glue for strength. The same way finally strengthen thread the front part of the dart where the tip. To weight the bow wrap it a few extra turns of thread or thin copper wire.
8
After the glue dries spread the feathers. The dart is ready to fight. For the successful conduct of the competitions you will need at least three to five such rounds. The target for this homemade Darts are manufactured from a piece of porous rubber, to which you can attach drawn on the paper target with concentric circles.
Note
Using Darts, be careful; in any case, do not cast the shell in the direction of people or animals.
Is the advice useful?
See also
Присоединяйтесь к нам
New advices