How to turn on the cooling fan for VAZ

An electric fan can be enabled in two ways. First, using the electromagnetic relay and the other without it. But in any of these schemes will be helpful to use the button turning on the fan. 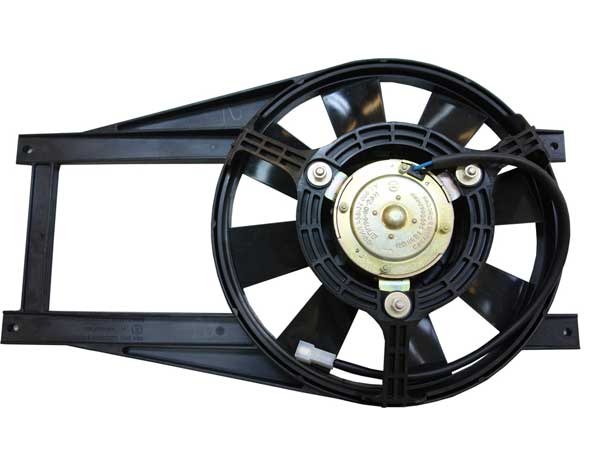 Related articles:
Instruction
1
On cars use electric fans for radiator cooling of the cooling system. The fan is an impeller on the DC motor installed in a round or square frame. The inclusion of the fully automatic electric fan depends on the coolant temperature in the radiator. Data on temperature of the liquid is removed from a sensor installed in the side compartment of the radiator. The sensor is a simple microswitch whose contacts are normally open. They closed upon reaching a certain temperature.
2
To connect an electric fan, you can use two schemes: relay and basileios. The difference between these schemes is evident from the title. Basileia circuit consists of temperature sensor, fan, fuse, connecting wires. Positive terminal of the blower motor is connected through a fuse to the positive terminal of the battery. Negative terminal of the fan can be connected to any output of the temperature sensor, the polarity of inclusion does not matter. The second terminal of the sensor must be connected to the car body. This is the easiest circuit that does not require much time to implement. 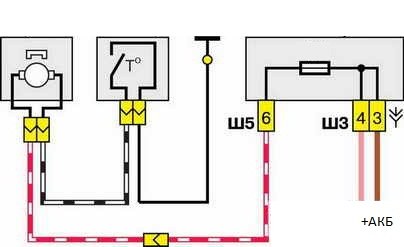 3
Relay circuit contains a Electromechanical relay. Good because high current is removed from the sensor to the relay. Positive terminal of the fan is connected through a fuse to battery, negative to the body. The negative wire need to be cut and the resulting two wires to connect normally open contacts of the relay. By default we have disabled the fan. One output of the relay must be powered from plus battery through a fuse or the ignition switch. The second terminal of the coil must be received by the first contact of the temperature sensor and from the second contact to mount the wire connected with the body. Advance look at the relay is a diode across the coil. If so, it is important to observe the polarity of the coil supply.

4
Another useful refinement to the scheme and the inclusion of fan is button, installed in the car. The temperature sensor may deny the most inopportune moment, so the emergency button will be useful. As the first circuit and using the second, you need to connect normally open contacts of button temperature sensor. It's easier, but in the case of using the first scheme will be that the button is large current and this can cause scorching of the contacts button and meltdown of the housing. Therefore, the best button to use in a duet with the solenoid.
Is the advice useful?
See also
Подписывайтесь на наш канал