How to fry potatoes in the oven

Potatoes in Russian cuisine - a dish everyday. Each of us loves this product, with it in different forms: boiled potatoes, in their skins, fried in a pan. And, for variety, you can use the oven. 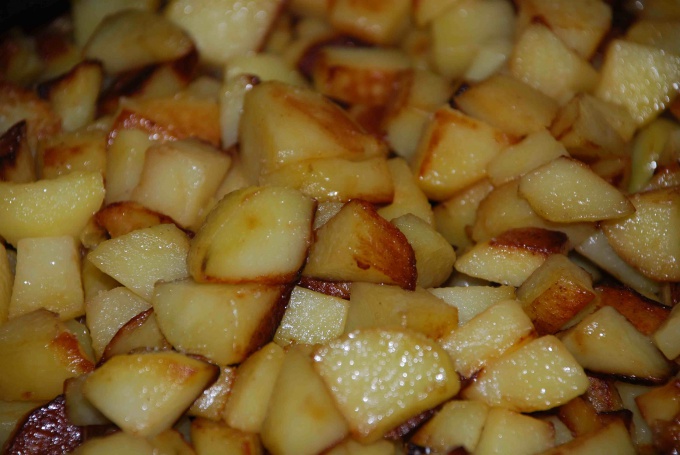 Related articles:
Instruction
1
Decide which way will fry the potatoes in the oven. Every woman sooner or later wonders how to diversify the diet. And the potato is no exception - it also wants to cook a special. The idea is to figure out the dish in the oven quite original, and the variants of its implementation, several.
2
Take a small saucepan and fill her small round potatoes. It often happens that in the bag, brought, for example, from the country, is not only a good large tubers, but a trifle. Such a shame to throw it away and clean up boondoggle. But to cook it is still possible. Selected boil the potatoes in their skins. Then cool and remove its skin. Next, grease a baking dish with a small amount of sunflower oil and place on it the vegetable (it can also be lightly oiled). Season with salt and place in the oven for 30 minutes (you can increase if you want a stronger roast) at 180-200 degrees. The dish will turn out tasty especially of young potatoes.
3
Another method of preparation peel the tubers. Cut them into slices and place on pre-greased baking sheet. Add salt and fry in the same manner as in step second. This option will be much tastier if before cooking the potatoes grease with marinade, like the cheese and stand for 10-15 minutes (in the shops sells a variety of marinades). Also in this dish you can add pre-fried with onion mince or cooked chicken drumsticks (they can lubricate any seasoning, to your taste). Only do not lay out on the baking sheet too thick layers, otherwise you'll get boiled potatoes, not fried. And not cut the tubers are very thin run the risk of making chips. For 1-3 minutes until cooked sprinkle the dish with grated cheese on top, it forms a nice crispy crust.
Is the advice useful?
See also
Подписывайтесь на наш канал