How do you know your Eastern horoscope

The Eastern horoscope is different from the European that the characters in it is not distributed within one calendar year, they cover a twelve-year cycle. There is an ancient legend that Buddha invited to the celebration of the New Year all the animals, but the invitation was responded to only 12 of them: rat, ox, tiger, cat, dragon, snake, horse, goat, monkey, rooster, dog and pig. Then Buddha decided to reward the animal, giving each of them a year. People born in the year of an animal, largely possess the qualities inherent in it. Find out your Eastern horoscope can be read the characteristics of each animal. 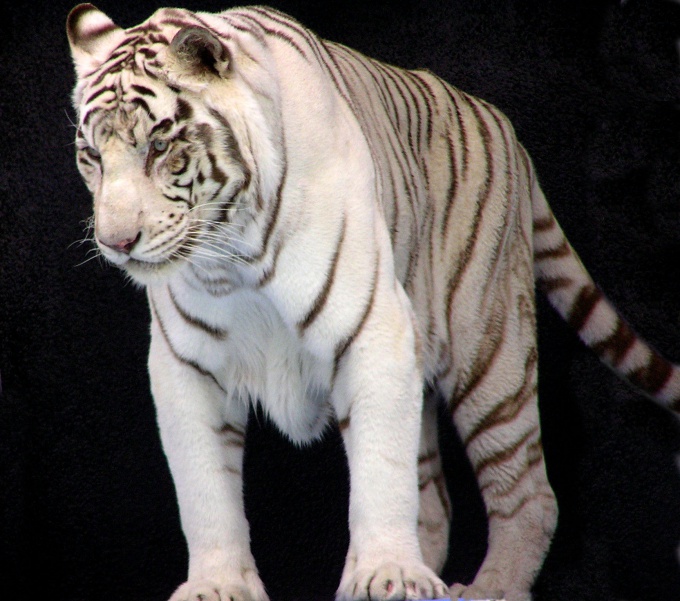 Related articles:
Instruction
1
Rat: 1960, 1972, 1984, 1996, 2008 years.
People born in the year of the Rat, are cautious and cunning. Thanks to his foresight, the Rat always knows how to avoid trouble and achieve success. She little values the friendship, but loves company. The rat loves to intrigue on the sly, his nature is selfish. Family life she likes the stability, but does not know how to diversify the relationship.
2
Bull: 1961, 1973, 1985, 1997, 2009 years.
Bull in all things perseverance and stubbornness. He goes to his goals ahead. Often his efforts are fruitless, but he doesn't bother thinking about the best ways. The ox is slow, but the low speed of life it is quite satisfied. Main principle of life for the bull to reach the stability in everything. He is hardworking, always able to feed his family, if not in mental work, physical labor.
3
Tiger: 1962, 1974, 1986, 1998, 2010 years.
Tigers are active and energetic, they are always busy with something, sometimes bring themselves active to the point of exhaustion. They are very charismatic people, they know how to please everybody. Tigers tend to know a lot, constantly learning. Sometimes they are very contradictory in their actions.
4
Rabbit: 1963, 1975, 1987, 1999, 2011 years.
Rabbit - refined nature, he has a calm disposition. Rabbit does not like conflict, it can be called lucky for life. He has a rich inner world, it is important to be surrounded by beauty. Quiet, calm, rabbit is committed to family life. He is a big family.
5
Dragon: 1964, 1976, 1988, 2000, 2012 years.
The dragon likes to surprise and even shock. This bright personality, but at heart he is very vulnerable. The dragon does not comply with the rules, he lives and acts according to their own principles. He is an optimist and loves to be the center of attention.
6
Snake: 1965, 1977, 1989, 2001, 2013 years.
Snake always looks beautiful, she is elegant and sophisticated. Snake has a great influence on people, she manages to bewitch, to charm others. It easily reaches the material well-being, as mind is spending the money and able to save. A snake tends to be protected, so chooses a strong partner.
7
Horse: 1966, 1978, 1990, 2002, 2014 years.
Horse active and energetic. It's creative, artistic personality. She lives plays a role and is rarely by itself. Horse tend to lie. Only a strong love can make a horse take hold of the mind. Unfortunately, in the horse's life is often unrequited love.
8
Sheep: 1967, 1979, 1991, 2003, 2015 years.
Sheep - the most optimistic sign of the Eastern horoscope. She's thoughtless, careless, she has a rich imagination. Sheep neglects the money, so often she has a lot of debt. Sheep are lazy, so she needs a partner, protecting, and providing for her, which in turn she will entertain and amuse in all ways. Sheep are talented, but because of the carelessness of her talent may go unnoticed.
9
Monkey: 1968, 1980, 1992, 2004, 2016.
The monkey loves to laugh above all, she is cunning and witty. Loves company, but very self-centered by nature. She doesn't have much interest in money and position in society. The only thing that inhibits the monkey is old age.
10
Cock: 1969, 1981, 1993, 2005, 2017 years.
The rooster gives the impression of a narcissist. He's actually very open, trusting, always willing to help. Roosters are sociable, sometimes overly. They are often successful in their careers, like being admired. Cock is always watching his appearance, he's a purist.
11
Dog: 1970, 1982, 1994, 2006, 2018 years.
The dog - man mood. If she's in a good mood, it shows attentiveness, keenness, if today is not her day, it may spoil the mood of everyone around us. The dog is honest, hardworking, responsible. She does not tolerate injustice.
12
Pig: 1971, 1983, 1995, 2007, 2019 years.
Pig is perhaps the most welcoming sign. Her kindness sometimes has no limits. She loves to help, he does it for free. The pig is often depressed, but experiencing it on the inside. The best holiday for Pigs peace and quiet, better in nature.
Is the advice useful?
See also
Подписывайтесь на наш канал