How to make a castle out of cardboard

You have formed suddenly free evening, and you want to spend time with your children or maybe you like to do something with their hands. Or you just recently bought a TV, and now you have nowhere to put a huge cardboard box. Speaking of advertising language, we will provide you with an original proposal: to make castle from cardboard. Who knows, maybe you or your child wakes up an architect? And you take a swing at the construction from cardboard of a country house. So, let's start. 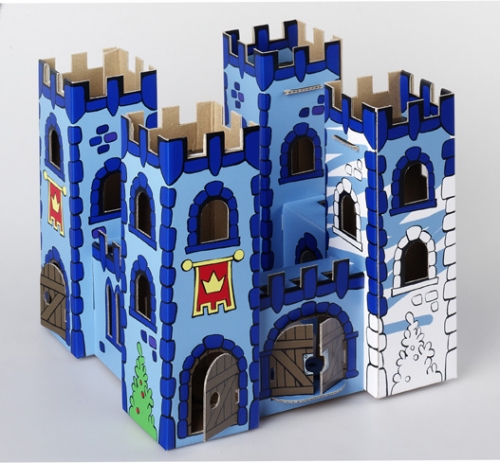 Related articles:
Instruction
1
Bring the balcony the very same box (make space for other junk) and start to give it the appearance of the house. Cut out the window to where the Princess was to look out in anticipation of the proverbial Prince on a white horse, and at least one door that the Prince was to enter. Now you need to find boxes from small (so you can borrow his brownie), or just the little boxes (if your brownie is not in the mood), from which you build turrets, or what kind of castle.
2
Call man and strictly ask him for a box of pizza ordered and blatantly eaten during your last trip. Ceasing to blame him for the fact that this box was fetched out of the back of the sofa (she's useful), you can build from it the Foundation for our medieval homes.
3
Look in the refrigerator, locate the package of eggs, remove her last remaining and cut the container into small pots. As a Princess we're a tiny, it will fit her as a balcony. However, it will not be resent.
4
Look again behind the couch. There? Of course, round boxes of crisps perfectly play the role of towers. Taken from a grocery cart child a paper Cup from under the foreign soda, cut in half – a great veranda.
5
If your imagination will jump quickly, you can build inside the castle rooms. Accidentally found artifacts such as empty matchboxes will be in the ladder to the door.
6
Find on the table your child colored paper and pitch of the roof turrets. Hooray, everything is ready. Can fall in childhood.
Is the advice useful?
See also
Присоединяйтесь к нам
New advices