Smelt. What do we know about her

Even as fish stocks in the Baltic sea and entering rivers declined significantly in late spring on the streets of St. Petersburg-no, no, yeah and feel the smell of fresh cucumbers. This means that the mass smelt fishing. And although it is now almost never happens that the whole town with fishing rods and special screens built along the embankments of the Neva river, smelt remains one of the most popular fish of the Northern capital. 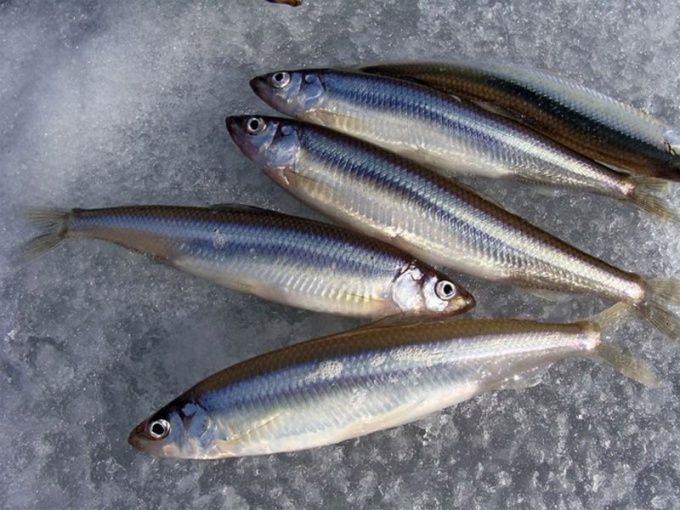 It just so happens that the word "smelt" just remember St. Petersburg. By the way, this small fish, only about 15-20 cm in length, even there – in Kronstadt, whose population survived during the blockade thanks to the legendary inhabitant of the Gulf of Finland. In St. Petersburg every year, the festival of smelt, and for cafés and restaurants to participate in this holiday is considered very prestigious.

However, smelt are caught not only in St. Petersburg and not only in the spring. It is found in many seas in the Northern hemisphere, catching her quite easily, and this simple craft was engaged in many of the inhabitants of coastal regions, from Kaliningrad to Nakhodka and further. And in the Gulf of her great catch and winter.

Smelt is one of the most ancient fish. It has been preserved from the ice age, and lives in both salt water and fresh. Freshwater lake smelt is called a smelt, and there is this food fish in many parts of Russia. This fish has one great feature. She is extremely sensitive to various pollutants, lives only in clean water. This means that to use smelt in food without any fear.

The smelt feeds on smaller fish and organisms that inhabit the bottom of seas and rivers. Gorgeous she eats eggs, which postponed other fish. However, the fish often become food for larger predators. But it reproduces fairly quickly by laying eggs on the sand and pebbles, where it blows over. During spawning, adult smelt are caught most often. The success of anglers largely contributes to the behavior of most fish live smelt flocks, and in case of trouble slipping into a dense pile and swim all together.

If desired, the smelt can be caught. However, this fish is very sensitive to danger and too thick fishing line pretty easily notice. Therefore the scaffold should be thin and used a small sinker. This is often how to catch smelt in the winter. But in the summer the special mesh is a kind of butterfly net with a long handle.

Smelt of cooking a variety of dishes. It is easiest to fry, especially since the brush is not necessary. Just roll in flour and drop in the pan, away from direct sunlight. But you can marinate and jerk, and cook in the batter. In General, the fish for all tastes, even the most capricious gourmet will find a suitable recipe.