How to increase the yield of black currant

The yield of the currant is affected by a number of factors: the presence in soil of essential nutrients and moisture, the age of fruit-bearing branches and the degree of illumination of plants. For this reason, measures aimed at increasing the amount collected from the Bush of berries are a complex of works on additional fertilizing, pruning and watering of shrubs. 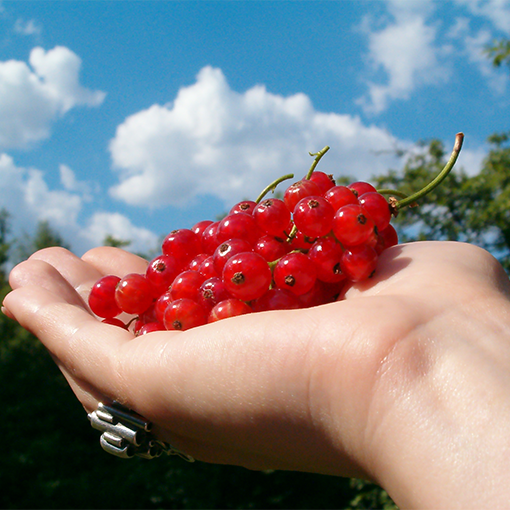 One of the conditions of future crops is spring and the pollination of flowers. In the conditions of Central black currant blossoms in the second half of may for ten to twenty days. Pollen currant is stickiness and poorly tolerated by the wind. To involve the planting of pollinating insects, the bushes are sprayed with a solution made from a tablespoon of honey and a liter of water.

A positive effect on the yield of black currant and cross-pollination with pollen of another variety. To make this possible, on a plot of land intended for planting this crop, place two or three varieties of currants, distinguished by the timing of maturation. So with such a variety to avoid shading plants, the species, where the bushes have a spreading form, planting less varieties with a compact crown. Unlike black samoplodnye red currant does not require for increasing the yield of cross-pollination.

Due to lack of moisture in the soil currants can relieve an already formed ovaries. To prevent this and to increase future harvest, landing, if necessary, watered. In a dry year after flowering currants per square meter of soil you will need four buckets of water. After absorption of moisture the ground is mulched. The same operation is done during the formation of the berries.

Currant consumes quite a large amount of nutrients. To obtain high yields of this berry is required to compensate for the loss of compounds made by the plant from the ground. Experiments show that good results can be achieved if one hundred grams of soil contains not less than thirty milligrams is available for the shrub of phosphorus pentoxide and twenty-five milligrams of potassium oxide. To bring the content of required connections in the land to the desired concentration, every year per square meter of soil make thirty grams of ammonium nitrate, eighty grams of superphosphate and twenty-five grams of potassium sulfate. Ammonium nitrate planting fertilize in early spring when the soil is damp. Other substances fall scattered in furrows dug along the border of the crown of the Bush.

The main harvest of black currants is concentrated on two and three-year shoots. Older branches produce less berries, but because the plants form pruning so that the Bush was annually only three or four annual shoots, which will gradually replace the removed six branches. For the red currant productive age escape is increased to seven years. Gradual pruning, you can restore the productivity of the hive, not subjected to forming. To do this within two to three years, with currant and remove all old branches. Pruning plants is carried out usually in the autumn, after leaf fall.