How to grow black currant

Black currant – fastidious plant that yields fruit only when proper and regular care. Despite all the difficulties in the cultivation of currants have a number of positive properties. The berries contain many vitamins, and and from the leaves you can make a delicious tea, which will help to cope with diseases. 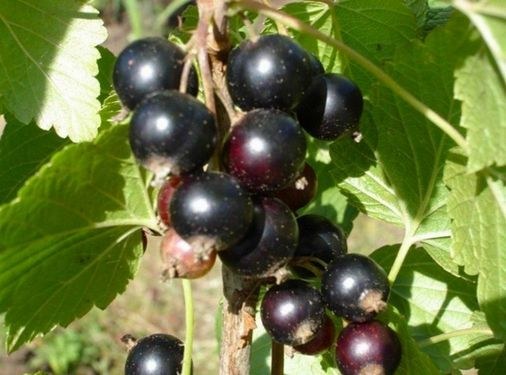 Related articles:
Instruction
1
Buy currant seedlings in the nursery or in a specialized store. To take the seedlings with the hands is undesirable. Choose high-yielding varieties, especially if you live in regions where early frosts and harsh winters. Make sure that the plant is "alive", breaking a small twig. If you managed to do it, and the place of breaking out of juice, it's better to abandon the purchase.
2
Prepare the site for planting. Choose a Sunny and windless area in your yard. Dig a hole 50 cm in diameter and 30 cm in depth. The distance between the bushes should be 1-1. 5 meters. To fertilize the soil with compost (2-3 kg), superphosphate (20 g) and wood ashes at the rate of one hole.
3
Pour holes and start planting. Put exactly the Bush and sprinkle the roots with earth. Some gardeners put the currants under a small inclination, but it is at your discretion. In principle, there is no difference. Re-pour the seedlings.
4
Fertilize currants about two times per season. In early spring, apply nitrogen fertilizer (20 g of urea per Bush). After flowering, watering mullein (1:6).
5
Currant – water-loving plant, so watering it several times a week. With a lack of water the leaves start to turn, the berries are much smaller. When watering slightly orosite and the green part to remove the dust from the Bush is not recommended in the flowering period.
6
Treat the currants from pests. To combat mites use of sulfur-colloid at the rate of 30 g per 10 liters of water. Against aphids, sawflies, gall midges use "Malathion" (35 g per 5 liters of water) or "Remicourt" (5 g per 5 liters of water). Orosite black currants 2 times per season to prevent or as pests.
7
Shape your Bush in the early spring and late autumn. Remove all the dry and fruitless branches with pruning shears. Don't leave more than 3-4 shoots.
8
Expect the appearance of the first fruits on the second year after planting, but they will be quite a bit. The growth of the plants and yields will rise. Approximately 6-8 a year the amount of collected berries will begin to decline as their size. During this period, take care of the planting.
Useful advice
The optimal time for planting is considered to be autumn. But it is important to catch before the cold. If you for some reason do not have time to plant currants in early spring, as soon as the soil warms up to 10-15 degrees.
Is the advice useful?
See also
Подписывайтесь на наш канал