The new coach of the Russian national football team will be eminent Italian specialist Fabio Capello. Capello will replace on this post of Dutchman dick Advocaat, who announced his retirement before the start of Euro 2012. 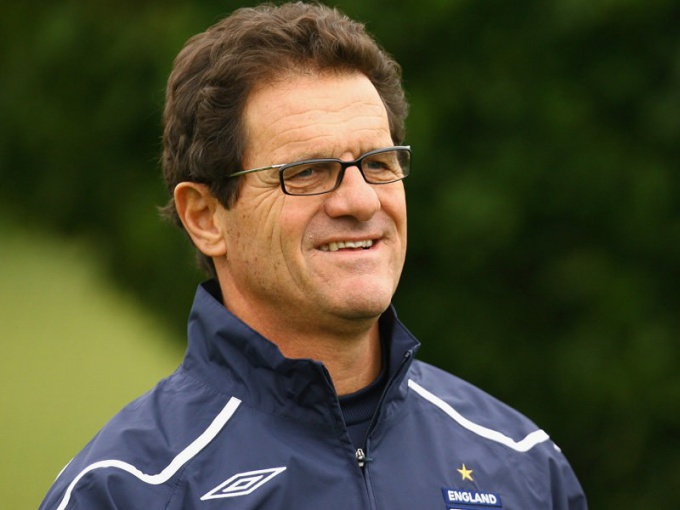 "Capello is a top coach, which gives the result. There are not a lot of mentors," commented the choice of a new coach, the General Director Moscow "Spartaka" Valery Karpin. 66-year-old Italian Fabio Capello really is one of the best and most respected football coaches in the world. Capello has long trained only clubs. Among them were such well-known as real Madrid, AC Milan, Juventus, Roma. In 2007, he led the national team of England, where he worked for 5 years until Euro 2012. Capello decided to resign from his post in protest after a dispute with the football Association of the country when John Terry was accused of racism and stripped of the captaincy.

According to Fabio Capello, the main mistake of the Russian team at the European championship in 2012 is too many foreign players: 7 4 foreign players and Russian players. The new coach admitted that working with the Russian national team for him is a big challenge. At the moment my main goal is to Capello sees the penetration of the Russian team at the world Cup in Brazil. Despite the fact that Russia was in a difficult group with Portugal, Azerbaijan, Luxembourg, Ireland, Israel and Norway, Capello believes that the Russian team will be able to qualify for the world Cup.

The new coach will be working with six assistants. Among them, five foreigners and one Russian specialist is expected they should be Andrey Talalaev.

Under the agreement, Fabio Capello would live in Moscow, but his contract provides for spending on frequent flights to Italy. The contract was signed for two years with possibility of further prolongation for the same term. The salary of the new coach of the national team of Russia on football including bonuses will be from 5 to 10 million euros per year.