How to cook noodle soup

The classic recipe of this soup was borrowed from Tatar cuisine. Noodle soup usually made from beef or lamb. Modern Housewives have added a lot of new things in this recipe and now the noodle soup is prepared from chicken, pork, Turkey or just milk. In stores a large number of home-made noodles in different shapes and sizes. Only prepared with his own hands, the noodles will never compare to the best store-bought product. 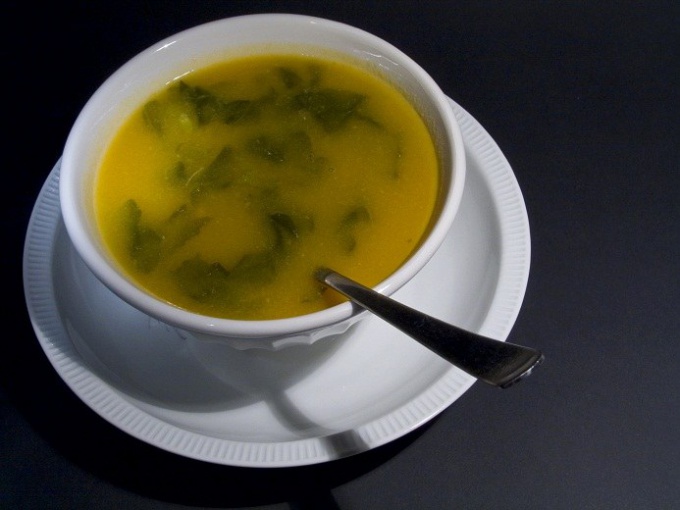 Related articles:
You will need
Instruction
1
Rinse the meat, cover it with cold water and, over high heat, bring to a boil. Reduce the heat, remove the foam and salt. Leave to cook on a slow fire, covering with a lid, 2.5 hours. Remove cooked meat from broth and cut into portions pieces. Sieve the broth and place on low heat.
2
Wash and peel the vegetables. Onions cut into half rings, carrot thin slices, the potatoes in small cubes 2x2 cm. In boiling broth put the onion and carrots, and after 15 minutes the potatoes. After another 15 minutes turn off the heat.
3
Prepare home-made noodles, while cooked vegetables. To do this, sift the flour and gather it slide in the middle of the Board. The deepening crack the egg and add salt. In a pan of broth with a volume of 3 liters will be enough of one egg. Mix gently, and knead tight dough. Divide it into small pieces and roll them out in thin layers. In Tatar villages the best is the hostess, where you will be able to roll out the thin layer of noodles. Modern cook rolled out the dough with a thickness of 1.5-2 mm.
4
Leave the rolled out layers for 15-20 minutes on the table. They should be slightly dry. Then sprinkle layers with flour, fold on top of each other and cut into strips of a width of 5-6 inches. From strips, cut the noodles, of such width, what's your taste. The noodles can be cut into squares, diamonds or stripes, but is considered a classic noodles with a width of about 2 millimeters.
5
Add the chopped noodles to the boiling broth with vegetables. Ensure that the noodles don't stick together, for this continuously stirring the broth with her bookmark. Once noodles float, put in the soup dill. After 2 minutes turn off the heat and cover the soup noodles with a lid. Serve after 10-15 minutes
Is the advice useful?
See also
Присоединяйтесь к нам
New advices