Which car is the fastest in the world

Sports cars are produced in rather small series, sometimes they did create in single copies. Despite this, they deservedly occupy top positions in the ranking of the most prestigious machines. Their technical characteristics are the envy of even the race cars "Formula 1". 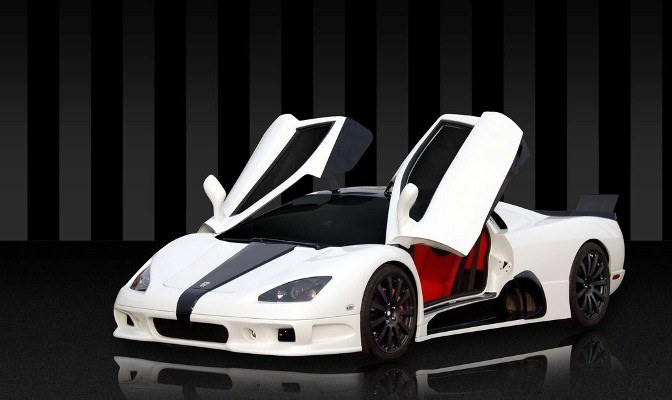 Clearly answer the question of which car is the fastest in the world, not as it is necessary to take into account a number of additional parameters, e.g., type of propulsion, whether the machine is available commercially. An important parameter is the rate of acceleration to a hundred kilometers per hour, while it is possible that one car accelerates to that speed much faster than the other, but the second has a higher top speed.

The absolute speed record for a car was reached in 1997, Englishman Andy green in the jet car Thrust SSC, the results of the two races he is equal 1226,522 km/h. This speed was achieved thanks to the installation of two jet engines with a total capacity of 110,000 horsepower. The maximum speed for vehicles with wheel-drive is 737,395 km/h. Record was set in 2001 on the car "Turbinator".

Among serial cars, having drive to the wheels, the fastest as of mid-2012 is the SSC Ultimate Aero 6.3 V-8. Its maximum speed is 443 km/h, with up to a hundred miles, he arrives just in 2,78 seconds. The vehicle has a gasoline engine Supercharged Chevrolet V8 with turbo 1350 HP. For the cost this car is among the three most expensive cars in the world, it is about one million dollars.

The main rival of the SSC Ultimate Aero has been for many years is the Bugatti Veyron 16.4 8.0 W16 engine, the car is capable of speeds up to 431 km/h and 100 km/h accelerates in just 2.5 seconds. The cost of this model, depending on configuration, ranging from a half to two million dollars.

Third place in the rating of the most fast cars of the world holds the Venom GT supercar. Due to accelerated engine V LS9 volume of 6.2 liters and power of 725 horsepower car reaches a speed of 422 km/h, up to a hundred kilometers accelerates for 2.4 seconds. The cost of the sports car is 960 thousand dollars.

Your competition is among the electric cars. The maximum speed of 495 km/hour the car developed Buckeye Bullet, but this car is not a serial, has a layout different from the classical one and is intended solely to set records. Among the cars the usual scheme is the fastest of the Quimera AEGT supercar, equipped with rechargeable lithium-polymer battery, in 2011 it reached a speed of 300 km/h. Total power installed three electric motors is 700 horsepower. While this car is a prototype, but it produces the company plans to launch sports car in the series.