Who presented the award TEFI

Award TEFI since 1994, presents specially created for this "Academy of Russian television", combining the 555 artists and leading experts in the field of television. It is intended to stimulate and promote domestic producers of television content - as individual persons and production centers, studios, TV and film companies. In the last week of spring award ceremony was held for the 17th time. 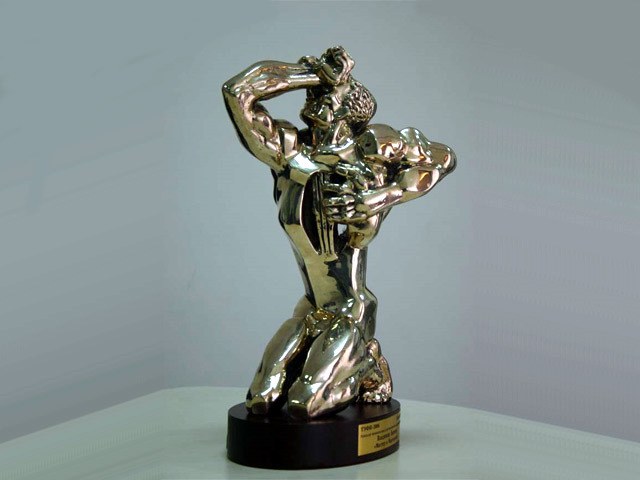 Under the terms of the competition it involves work created and aired on 1 June 2010. on 31 August 2011. In 48 categories of the competition presented three works, and the nominations are divided into two groups, which are conventionally called "Profession" and "Person". Announcement of winners and presentation of awards in each group were separated. The nominees in the "Individuals" learned the result of the vote in the Moscow musical Theatre the evening of may 29, and in the group "Professions" statues of Orpheus sculptor Ernst Neizvestny was distributed to the owners in the theater "New Opera" four days earlier.

Received awards and work in more serious genres. In the nomination "the Program about a science (cycle)" the prize awarded to the project "Evolution" as best program of classical music taffy got the program "Sati. Jolly classics". Two series of the documentary series "Battle for the North" noted in two different categories. Feature films and TV series also did not remain without awards - the bronze statuette awarded to the series "Seraphim beautiful" (Karine, Polenz is the best writer of the series), "Decoy" (Andrew Kivinov is the best writer of a miniseries), "Fortress" (four nominations), "Closed school" (two).

In the musical Theatre awards were also given to the creators of both entertaining and informational and analytical programs. Here TEFI prize was awarded Comedy series "Traffic lights", the TV game "What? Where? When?" and the second season of "Violent games". In all the categories of the news of the awards went to representatives of REN TV to two Orfey four days ago was joined by five more. The only one that could drive a wedge into a tight formation of REN TV Alexander Arkhangelsky, who as the presenter of the program "Meanwhile" split with Marianna Maksimovskaya a victory in the nomination "Presenter of information and analytical programs". On this day, another award brought the creators of the television series "Decoy", "next" and "Seraphim beautiful".

The links that are provided under this article can be downloaded from the official contest website for the full list of nominees and winners of the taffy. In addition, on the home page of this web resource you can online to watch the recording of the awards ceremony. There is a full list of members of the Academy who vote determine the winners.