Who got the taffy

TEFI award, presented annually by the Foundation "Russian television Academy". In her fifty nominations academics celebrate the most significant achievements in the field of television arts. 48 of them are events with strictly limited time frame of one year, one notes a long-term personal contribution of a person in the development of national television. There are "Special prize" without strictly specified criteria. The most recent presentation of taffy took place in late may of this year. 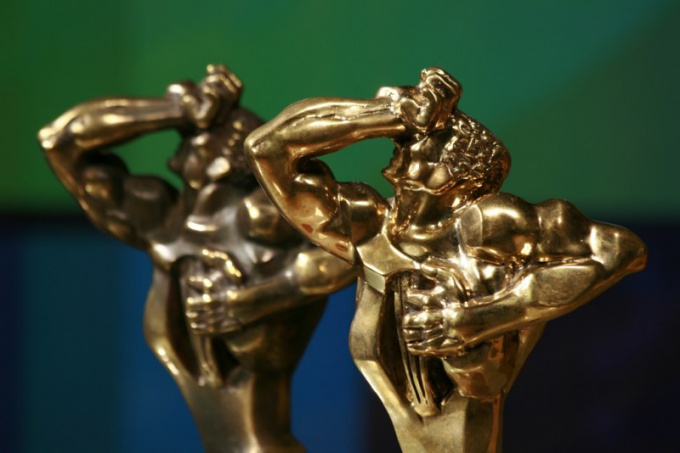 48 nominations for the competition were accepted in three works produced in the period from early June 2010 to late August 2011. To propose nominees could television, production centers and studios, voted for a particular party 555 Russian teleakademii, and the counting of votes was done by a branch of the auditing company "Ernst & young". The results of the contest were summed up in two steps - on may 25, were announced the results and awarded the winners in the categories, are referred to as "the Profession", and four days later, awards were given in the section "Persons". These events occurred in two different Moscow theatres and broadcast on television.

In the section "the Profession" award - the statuette of Orpheus by Ernst Neizvestny was awarded in 27 nominations. In the category denoted by the first number ("infotainment"), the prize TEFI noted the program "ProjectorParisHilton" company "Red Studio". She mentioned together with the advertising video clip "Miss you! See you soon" ("channel") as the winner in the category "on-air promotion of the project". In the category of "Special report" prize awarded to the work of the TV company REN TV "Note of protest". On this day, REN TV was mentioned as presenting the best program of sports "Real sports". Bronze Orpheus received four representatives of the company "AMEDIA Production" for producing the series "Closed school". And the TV series "Fortress" in the "Profession" marked with four awards TEFI - his operator Vladimir Bashta received a bronze statuette in the nomination "Operator of the television feature film/series", Alim Matveychuk is in the same category for art Directors, Philip Lamsin - producers Aleksandr Kott - for the main Directors.

The category of "Persons" included 21 nominated, from which five winners were representatives of REN TV and Mikhail Osokin and Ilya Doronov has received awards for work in the information program "news 24" Marianna Maksimovskaya was the winner of TEFI in two categories, and Alexander Hacking is marked as the reporter of program "Pogrom territory" from the cycle "Reporter's stories". Vladimir Pozner was awarded the prize as the best interviewer, and Alexander Gordon as the host of the talk show.

Of course, not only a serious "Face" with domestic TV was awarded the "Russian television Academy". The bronze statue got a leading "ProjectorParisHilton" Garik Martirosyan, Sergey Svetlakov, Alexander Tsekalo and Ivan Urgant. In the nomination "the Entertaining program. Way of life" won the international festival of parodies "Big difference in Odessa", in the category of "the Comic program" - "Duty to the country".

Full list of winners in each category and the companies that they represented at the competition, you can download via direct links mentioned below this article. On the official website of taffy there is also a list of all participants for each category - link to this document in Word format is also given below.