Who plays in the TV series "Traffic light"

Russian TV series "Traffic light" filmed in the genre of "sitcom". This is a remake of the popular Israeli TV series "Ramsar". It premiered on 28 March 2011 on STS channel. The series almost immediately, a large number of fans, and the actors playing the main roles, became even more famous and popular. 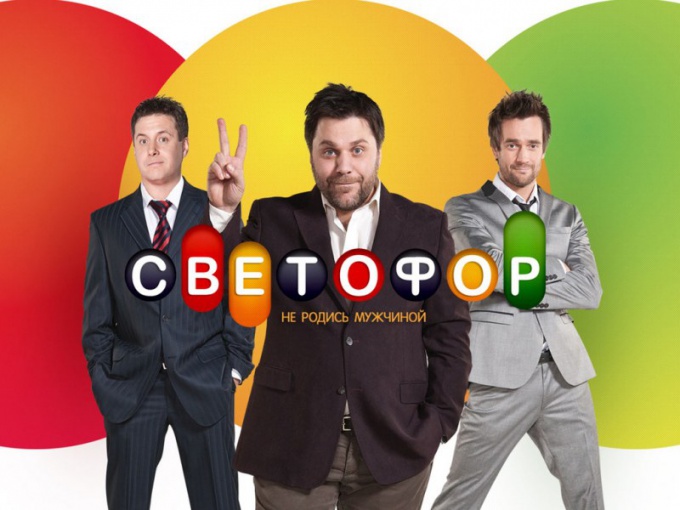 Dmitry Arturovich Miller (Eduard Serov) – Russian actor. Born April 2, 1972 in the city of Mytischi, Moscow region. After graduation, the actor has enrolled in medical school. Then he dreamed about the popularity. Once arriving in Moscow, he became interested in the announcement of the recruitment of students in the drama Studio. Just out of curiosity Dmitry came to see the audition. Unexpectedly, he did well and was enrolled in the Studio.


In 2001, Miller graduated from the state University in Voronezh. He became part of musical theatre "Basmanny" and worked there for 4 years.


The film "the Servant" became a debut of a young actor in a great movie. After that, Miller starred in many movies and television shows, one of which was the "Traffic light".


Jemal Cemalovic, Tetruashvili (Pasha Kalachev) – Russian and Belarusian actor. Plays in theatre and cinema. Born April 3, 1975 in Minsk. He graduated from the Belarusian Academy of arts. After that worked in many theaters. Great fame, Tetruashvili brought the musical "the twelve chairs" in which he played the role of Ostap Bender.


Alexander Makogon (Seva sheep) – Russian actor. Was born on 8 February 1973 in the city of Donetsk. In 1990 Makogon entered the University of theatre arts GITIS. In 1995 he started working at the Mayakovsky theater. The TV series "ABC of love", where the actor played the role of Victor, was his first experience in cinema.

In 2007, for her role in the film "Three days in Odessa" Alexander Makogon was awarded a promotional diploma of the Prize of the FSB in the category "Acting".

Irina Yakovlevna Lowland (Tamara) – Russian actress. Born on March 14, 1976 in Odessa. She graduated from music school. Went to Moscow and in 1997 she became a graduate of GITIS. He worked at the Russian academic youth theater. Played many roles in theater and film.

Irina Nizina became the winner awards "the Moscow debuts" and "the Seagull."

Olga Medynich (Oles) is a Russian actress. Was born December 16, 1981 in Leningrad. A graduate of the St. Petersburg Academy of theatrical art. Awarded the diploma of "Muse of Petersburg" for his role in the clown "Hanger" (2003). Performed over 20 roles in the movie.

The rest of the cast of the television series