How to hit a penalty

Let the statistics of a penalty not in favor of the valiant defenders of the goal, punching a penalty would have been much more comfortable if the gate wasn't even guarded. This article will slightly open a veil of secrecy over how to behave goalkeeper, to give the opponent a decent penalty back. 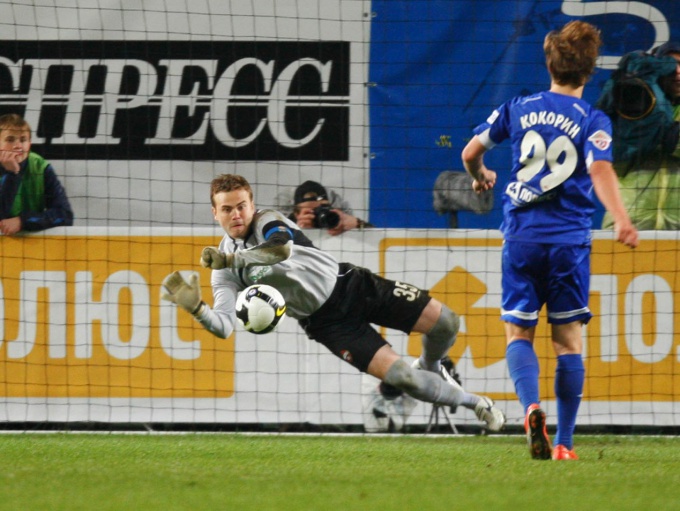 Related articles:
Instruction
1
There are two main ways to beat a penalty: to react or jump at random. The first is good because it allows with high probability to determine which corner would be a blow, but to effectively "save" you will need a good reaction. In the second case the goalkeeper does not waste precious seconds on the direction of the blow, but the result is entirely dependent on capricious fortune. You need to stand on their toes, because if you rely completely on the whole foot, the distance and speed of the jump will be much worse. You need to push off that leg in the direction of the directed blow.
2
It makes sense to look not only at the ball, but on the opponent that is determined to strike protected you save. Before you blow stop enemy takes a certain position, corresponding to the direction of impact. This allows the goalkeeper to decide to jump in a little earlier and hit a penalty kick. However, an experienced player is able to turn a stop for a few moments before impact, sending it in the opposite direction and thereby deceiving the goalkeeper, who oversees the stop. This, for example, was famous for the now retired Zinedine Zidane.
3
However, while the goals are large enough that even the most skillful goalkeeper was able to control this space. According to statistics, the top third of the gate is considered a true "dead zone" for the ball – very few people manage to get fired the ball there. While the impact of average height is reflected in 30% of cases, and at the bottom 57%. In particular, the eminent Dutch international Dennis Bergkamp for this reason said the following: "I always try to hit above the goalkeeper, in what people are saying: Oh, you try to score as beautifully as possible! But I say, look, if the goalkeeper is quite a bit ahead of the goal line, how much space remains on the sides of it? Bit. And over it? More. Do the math. And it's great. If you get it right, you can't miss".
Is the advice useful?
See also
Присоединяйтесь к нам
New advices