How to prune bushes

Shrubs – an essential element of garden plots. They are divided into fruit bushes and decorative. Some inexperienced growers think that the main thing is to plant them in a spacious and fertilized holes, and trimming and forming a secondary matter. But this is a misconception. Any Bush you need to prune. 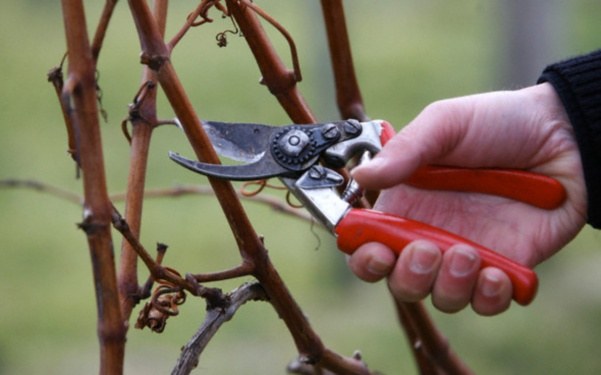 Related articles:
Instruction
1
The first rule that applies to all bushes, without exception, completely remove old, diseased and dead branches. Then remove the "tops" that is vertically positioned shoots inside the crown, and branches that spoil the appearance of the Bush (for example, clearly unsuccessfully). This is best done in spring until Bud break. Preferably the slices obscure garden pitch. If you are late – pruning can be carried out in early summer.
2
Now decide what type of hive you want to give. For example, the black currant or gooseberry bushes it is advisable to leave no more than four powerful branches 3-4 years of age, not counting the young growth. A raspberry, annually gives a lot of new shoots, all the old stems, which gave the harvest or in the fall after harvest or in early spring, it is necessary to cut (at ground level).
3
From ornamental shrubs, the growth of which is formed of branches of trees around the perimeter of the crown (e.g., such as lilac, Japanese quince, amelanchier, etc.), pruning should be kept to a minimum. Her main goal: to maintain the aesthetic appearance of the Bush. That is, limit pruning some of the shoots, is clearly acting for the common border.
4
Such shrubs as Jasmine (mock orange), bigleaf hydrangea, almonds trilobate, etc., flowering occurs on the shoots of last year. Therefore, immediately after flowering, you should trim off withered branches, from the point of branching with a strong growth (which will bloom next year).
5
Shrubs, giving an annual root growth, you must regularly thin. Excessive thickening not only deteriorates their appearance but also reduces flowering on strong shoots (as the new shoots take, the moisture and nutrients from the soil). So the rule is: each year cut out one of the three escape. Pruning needs to be done as below, at ground level. Don't be alarmed if after this procedure, the Bush will look sparse. Very soon will the new shoots.
Is the advice useful?
Присоединяйтесь к нам
New advices