How to treat a man

Women complain that men are difficult to communicate, and sometimes simply impossible to understand the logic of their actions and behavior. They say, do not know how to treat them. In fact, a woman can easily learn how to treat a man. For this you just have to understand men's behavior and thinking. 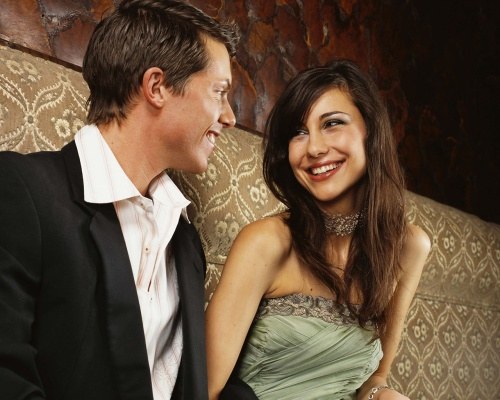 Related articles:
Instruction
1
Immediately firmly remember: men and women are different. It is not only about primary and secondary sex characteristics, but also fundamental differences in psychology. These differences are due to the composition and balance of hormones. That is why it is pointless to expect from men, what he will think and act like a woman. Misunderstanding of this simple truth leads to misunderstanding and conflict.
2
If you expect men help, advice or just participation, so he pitied you, comforted, and said kind words to clearly and accurately describe to him the problem. Do not expect that he, himself, barely changing the tone of your voice or a barely perceptible tremor of the lips will know about your trouble. Do not guess! And not because he is such a callous, cruel or stupid. Just men are much less attentive to detail and far less emotional. Individual exceptions, of course, there are, but do not change the General rule.
3
Remember also that men and women have different scale of values. Are you ready to burst into tears due to the fact that the friend came to the party in a dazzling outfit which would suit you, but is too expensive? Do not complain about this man: he genuinely will not understand how you can worry about this (from his point of view) trifles. Your own words, that she did it on purpose to hurt you, he will do nonsense. Weep in the company of women, there you will certainly understand and regret.
4
Don't forget that men like to consider themselves as facilitators. Achieve its not tears or reproaches (say, can't you give a weak woman), and diplomacy. Skillfully, patiently, gradually move it to the idea that he wants to take such a decision, to do so, and not otherwise. In any case, do not raise your voice at him. Even the delicate, quiet men hate that.
5
Show a partner you care and attention, but within reasonable limits, without being a babysitter. After all, the man who without the help of women, unable to find, unable to serve herself, and looks simply pathetic. Strongly encourage his initiative, the desire to do something around the house to work somewhere. And don't forget to praise for each attempt. Although the strong floor is less susceptible to flattery and compliments, rather than weak, but kind words and pleasant.
Is the advice useful?
See also
Подписывайтесь на наш канал