How to cut the object in Corel

Graphics editor Corel Draw is a powerful tool for working with vector objects. The skillful use of the program by combining, cutting and intersection of the various graphical objects it is possible to draw a drawing of any complexity. 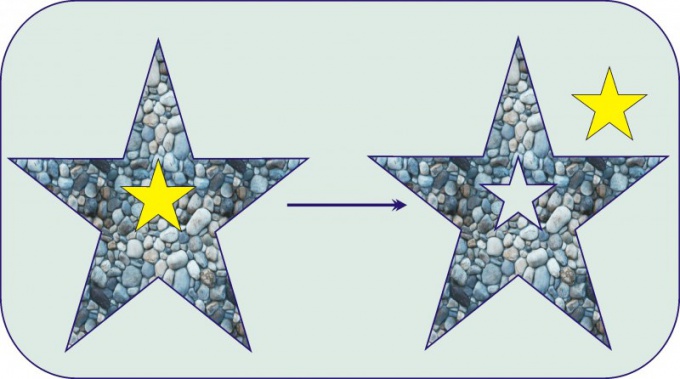 Related articles:
You will need
Instruction
1
Toolbar Corel Draw provided with a number of functions to construct various geometric shapes. Of course, the set is quite limited. To crop a vector object on the desired path, build next to another object, the contour of which is expected pruning. In the presented example of a Pentagon is required to cut an acute triangle. For this build, for example, a five-pointed star, using the tab "Polygon" on the toolbar. 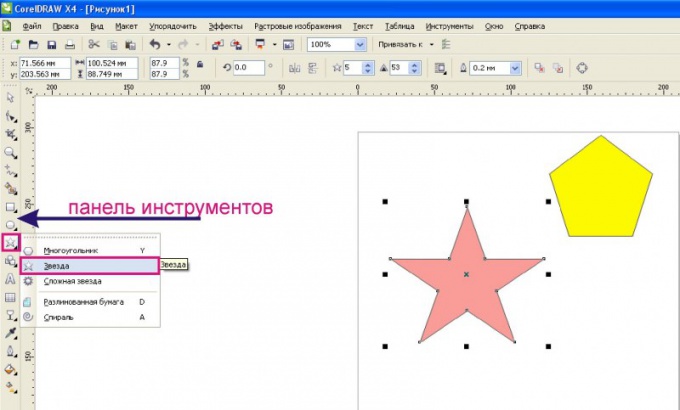 2
Put new object at the to be cut. Select both objects with circles around them with the Pointer tool while holding down the left mouse button. When you select multiple objects in the properties panel at the top displays buttons of the elements of the formation: "Union", "Exclusion", "Intersection", "Simplify", etc. Also these controls are objects you can call from the tab main menu "Sort" by selecting from the drop down list option "Formation". 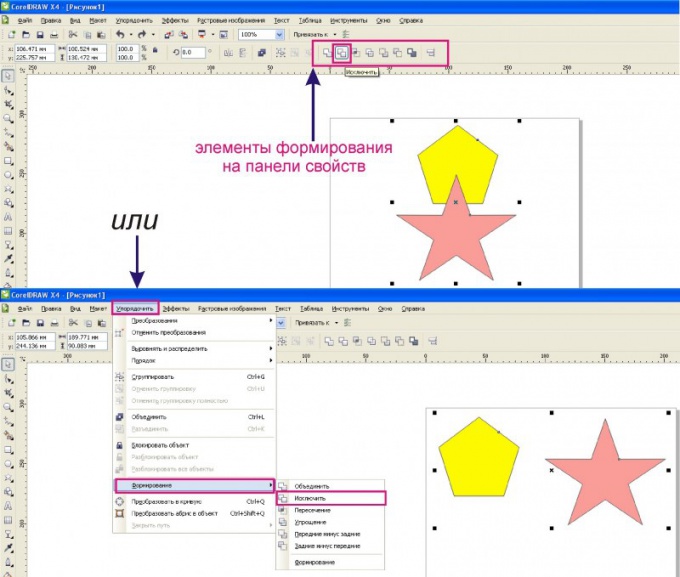 3
For cutting of the object along the contour of the other, imposed on him from above, click on "Delete". As a result, the object will be cropped at the place of overlap the other, as shown in the example. 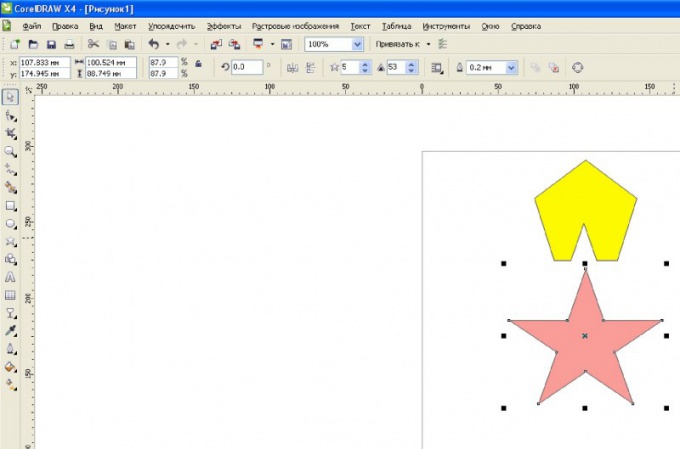 4
To obtain a new object formed by the crossing of several, select all objects and click on the properties panel, button "Intersection". 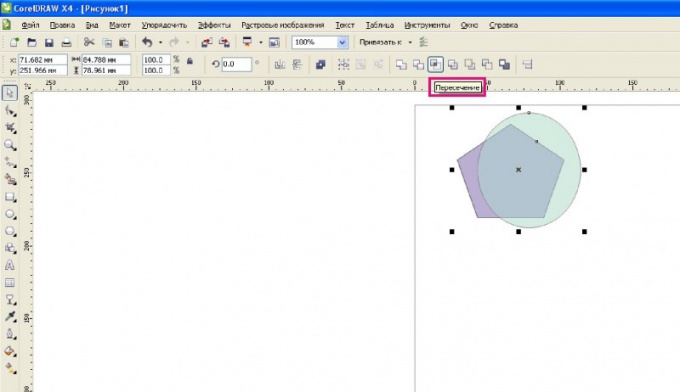 5
The result is a new object that is the result of crossing superimposed on other objects. The old objects remained unchanged. 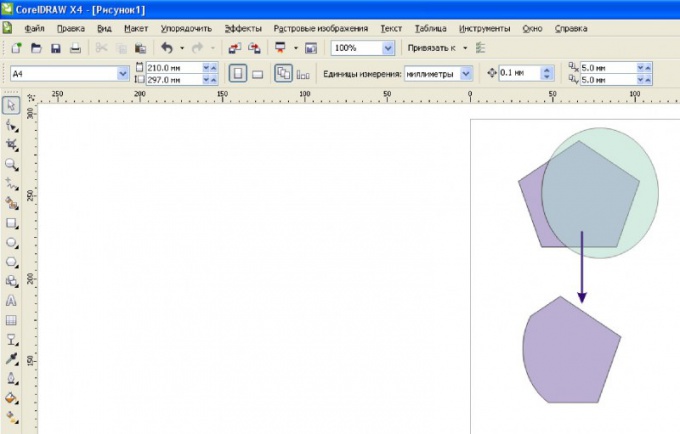 Note
To crop bitmaps in the editor Corel Draw tools of "Form" and "Pruning." When using them, you can crop the image like frame, and on a certain path. But, on the whole, this editor is more functional when working with vector objects.
Is the advice useful?
See also
Присоединяйтесь к нам
New advices