How to grow watermelons in Siberia

Summer in Siberia is very short. The threat of frost has passed only in the second decade of June, but despite this and in Siberia you can grow very whimsical gourds that quality will not be inferior to their southern brethren, the main thing to observe proper agricultural techniques. 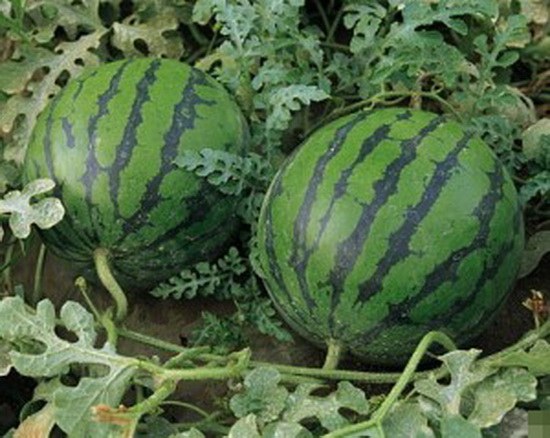 Related articles:
You will need
Instruction
1
To grow watermelons in Siberia and they have time to ripen, use the dung patch. In early April, make high ridges, cut down in their hole with the help of pruning shears, fill with potting compost. For growing watermelons suitable mixture at the rate of 2 parts topsoil, 1 part sand, 1 part peat soil, 1 part humus.
2
If you do not add humus, make complex fertilizers intended for melons, one tablespoon per hole. On the prepared bed of select arc, pull the film.
3
Once you have made manure a garden bed, start to prepare the seeds of watermelons. Grind the seeds in a weak solution of potassium permanganate for 10 minutes, place in a damp cloth for 48 hours.
4
Visivite melons in peat pots, three seeds in one pot. If they germinate all propargite seedlings, leaving 1 plant. Transplanted melons, as they do not tolerate damage to the root system and do not survive.
5
Peat pots with watermelons planted on the bed 1 may to 4 pieces in the hole size 50x60 cm Glaze make 1 every two weeks. So the soil is not much dry and not cracked, over mulch planting sawdust of deciduous breeds of a tree.
6
Film cover remove the 12 June as soon as the threat of frost passes.
7
Care is the systematic removal of weeds, rare watering, hoeing, which should be done every 2 weeks until the lash will grow. Topping not necessary to carry out, because the watermelons give the ovaries not only on the main whip, but on the side shoots.
8
The second of August, stop watering. Two weeks later produce a massive harvest.
Useful advice
This method of growing allows to collect a large harvest ripe watermelons, the size of which is mainly Bush will reach 10-15 lbs. On lateral shoots watermelons are smaller, but taste quality will not deteriorate.
Is the advice useful?
See also
Присоединяйтесь к нам
New advices