How to buy a car for the maternity capital

Since 2007, families in which was born or was adopted second, third and subsequent child are eligible for the Federal parent capital. But spend the money owed only for certain purposes: the improvement of housing conditions, education of children, the formation of the cumulative part of the pension for the mother. Despite the fact that buying a car is not included in this list, the opportunity to acquire them is still there. 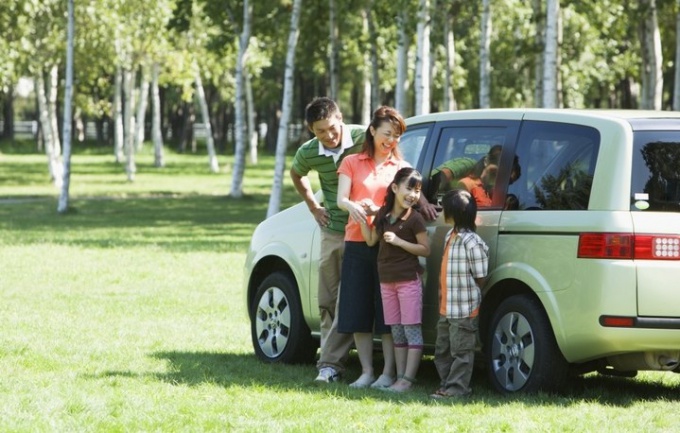 Related articles:
You will need
Instruction
1
The desire of the family to get a car is quite understandable. The more children, the more delivery problems in kindergartens/ schools/ clubs/ clinics, etc. in addition, for many families a car is the only way to get real benefits from the parent capital. For the improvement of living conditions of the allocated amount is enough in the Outback, retirement seems far away, as well as education, if the children are still too small. However, a bill to expand areas of spending the family capital, considered by the State Duma in February 2011, was rejected, so the dream car for many families were broken.
2
Indeed, to spend Federal family capital for a car is now impossible. However, many regions have decided to pay your maternity capital from the regional budget. In most regions, this measure relies only support large families and is 100 thousand rubles. But in Yakutia, Kaliningrad, Novgorod, Rostov and some other areas they can spend on the purchase of the car.
3
Contact the social security authorities with the necessary documents. Write an application for the grant of a certificate for maternity capital. On the appointed date will get it. It is the certificate confirms your right to regional benefits, and therefore when buying a car it will be one of the key documents.
4
In most regions, ready to pay funds for the purchase of cars families, the law is valid only for the year 2010-2011. To exercise your right to spend this money only for the third child (or the birth/adoption of which came right to the parent capital) for three years. Thus, the scheme of purchase of the car at the expense of means of the parent capital have not worked. The algorithm of purchase of the machine will be designed only towards the 2013-2014 year. Most likely, you will have to contact the social security authorities, providing again the parents ' passports and birth certificates of children, as well as a certificate for maternity capital and its copy. After verification of documents will give you detailed instructions on how to proceed, that funds regional maternity capital was transferred to the purchase invoice of the car.
5
There is another way to "buy" the car due to the Federal parent capital. However it is suitable only to those who gathered to improve their living conditions and has the necessary means for this. Make part payment for housing, maternity capital (funds are paid to the seller on the basis of your written statement in the pension Fund), and the money saved will buy a car.
Note
The number of regions made decision to pay the parent capital, is growing every year. Watch for changes in the legislation. Maybe soon in your area will be able to buy the car by means of the regional parent capital.
Is the advice useful?
See also
Присоединяйтесь к нам
New advices