How to study for snoring

Snoring is a very unpleasant phenomenon, which causes discomfort and the one who snores and those who at this time is with him and can not sleep because of the shrill "trills". What is worse, snoring can develop into sleep apnea – a disease that can cause a person to stop breathing during sleep and death. There are many ways to get rid of this problem. Someone just have to lose weight, others have to learn to change the habitual position during sleep, some to help special exercises. 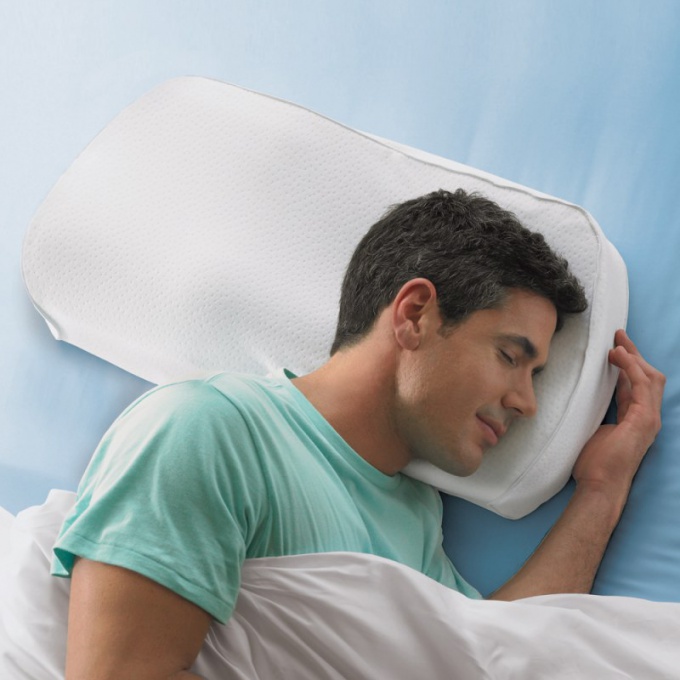 Related articles:
Instruction
1
Snore often, especially those who are used to sleeping on the back. Because this position gets the language. In this case, you will have to wean to sleep in such pose. Will help regular tennis ball. Put it in the pocket sewn to the pajamas in the blades. When you dream you will want to roll over on his back, the ball will stop, and you'll settle down on its side or stomach.
2
To give the body the correct position by using special orthopedic pillows, buy like. She lifts his head so that it was parallel to the spine. There are also medical beds: they have lifted the upper part. And when the head and the upper half of the body slightly raised, the language isn't, the mucous membrane of the pharynx is not swollen, therefore, people snore less.
3
Sometimes, the snoring is not caused by a wrong position during sleep, and those or other anatomical defects of character. Then it may be recommended rhinoplasty to improve breathing through the nose or removing the tonsils. A less drastic step is the use of special labels that are attached to the wings of the nose before sleeping. Refer to a specialist, he will tell you what method to use in your case. There are homeopathic medicines in the form of tablets and drops that strengthen the muscles of the larynx.
4
In pharmacies sell special intraoral devices to treat snoring. They are something similar to a baby nipple and fix the tongue in the correct position. Especially effective are such devices if snoring is caused by a setback of the mandible.
5
Can try to do special exercises, which helps to overcome snoring. Exercises should be performed every morning and evening for 30 times. Stick out your tongue as far forward and down. Hold this position for 1-2 seconds. Press firmly with hand on chin and move forward and backward lower jaw. Firmly clamp the teeth a pencil and hold for 3 minutes.
Is the advice useful?
Присоединяйтесь к нам
New advices