In the human body are interlinked all systems. None of them can exist separately. And each depends on the other. So the food directly affects the breath. 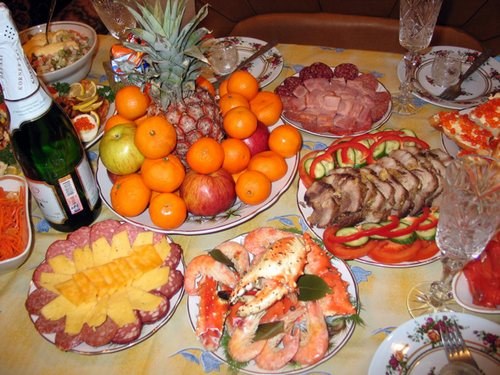 Related articles:
It is known that when swallowing food, it is impossible to breathe. The pharynx is located at the junction of routes food and air. And if the person is not suffering from specific diseases, the breath , and it is not accompanied by swallowing. This is because the esophagus and the trachea blocks the epiglottis. Depending on that person swallows or breathes, it overlaps or the trachea, or the esophagus. Glitches in the system happen infrequently. If food or liquid enters the trachea, lungs begin to push them back, forming cough.The interaction of eating and breathing, does not end in the throat. When swallowing food from the pharynx through the esophagus into the stomach. Depending on the consistency of the esophagus food moves from two to ten seconds. The esophagus is separated from the stomach by the similarity of the epiglottis - the cardiac sphincter. The stomach in man has an average volume of half a liter but can stretch up to eight liters.The human stomach has the form of a vertically positioned pouch with bent in the side of the lower part. While curved compartment of the stomach - pyloric or privratnikovym part - located under the liver. And upper body of the stomach the arch rests on the diaphragm. The diaphragm has the function of differentiation of the digestive and respiratory systems. Besides the fact that it is propped up by the bottom of stomach, top to put pressure on her lungs. In an ideal situation this muscle is static and located almost horizontally. But once a person takes food, the stomach increases and puts pressure on the diaphragm from below. This, of course, leads to the fact that the pressure of the diaphragm on itself beginning to feel light. As a result the person begins to experience difficulty breathingm because easy simply nowhere to stretch. A similar effect on the diaphragm and exercises the abdominal muscles. The diaphragm is a kind of counterbalance of the abdominals. Therefore, any load on these muscles person's difficult disati more than food or water was swallowed by the person, the more the diaphragm bends towards light. Regular excessive consumption of food the diaphragm weakens, which can lead to the formation of hernia. This disease is that the digestive organs are squeezed in her chest. His risk is difficult to downplay.
Is the advice useful?
Подписывайтесь на наш канал