How to build a pyramid of the Golden section

Even the ancients noticed some amazing properties of the so-called "Golden section". For example, the pyramids of Giza were built on this principle. Also in the façade of an ancient Greek temple of the Parthenon are the "Golden" proportion. How built the Golden ratio? 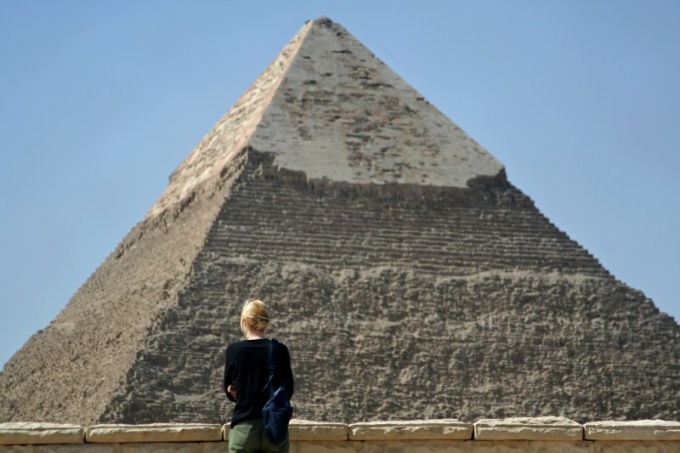 Related articles:
You will need
Instruction
1
Proportion (from the Latin word proportio) is the following equality a:b = c:d. The Golden section is the division of a segment into parts in which the length of the entire segment refers to the length of the greater part as the greater part of the length refers to the length of the smaller part. The notion of the Golden section introduced by Leonardo da Vinci. He believed the human body is the most perfect creation of nature. If the human figure to tie the belt, it appears that the growth of the whole person refers to the distance from the waist to the heels, as well as the distance from the waist to toe refers to the distance from the waist to the crown.
2
If you take, for example, the line segment AB and divide it by the point C so that AB:AC = AC:sun, then we obtain the following equation of AB:AC = AC:(AB-AC) or AB(AB-AC) = AC2 or AB2-AB*AC-AC2 = 0. Next is to make the brackets AC2 AC2(AB2:AC2 – AV:AC – 1) = 0.
3
If we denote the expression AV:as the letter K, we get the quadratic equation K2-K-1=0. One of the roots of this quadratic equation will be the number 1,618. In other words "Golden section" is an irrational number, approximately equal to 1,618.
4
According to the principle of the Golden section was built the Egyptian pyramids. At the base of the pyramids are square. For example, in the base of the pyramid of Cheops has a square with a side length of 230,35 meters. The height of this pyramid is 146,71 M. the Side face of the Cheops pyramid is an isosceles triangle with a right angle at the vertex and the angles at the base equal to 45 degrees.
5
All the lateral faces isosceles triangles four as the base — square. The triangle, highlighted in red, is called "the Egyptian" sacred triangle. The Egyptian triangle is a triangle with sides 3,4,5, or k3,k4,k5, where k belongs to the set of real numbers. In this pyramid base refers to the height as the 1.618 is the Golden ratio.
6
So to build the pyramid in proportions of gold section, you should: 1. Draw the square (side of the square must be equal to k*3, where k is a natural number).2. To construct the diagonals of the square.3. To the point re- section of the diagonals to lower the height equal to the side of the square, divided by 1,618.4. The upper point of the height of the pyramid to connect with four peaks Foundation.
Is the advice useful?
See also
Присоединяйтесь к нам
New advices