Why are there volcanoes

Outside of our planet is covered with hard and cold the earth's crust. But deep inside her is a red-hot liquid nucleus, consisting of magma. What is happening inside the planet processes create enormous pressure. Through cracks in the crust the magma is less dense than solid rock, together with dissolved gases coming out. So volcanoes are formed, growing as the next eruptions. 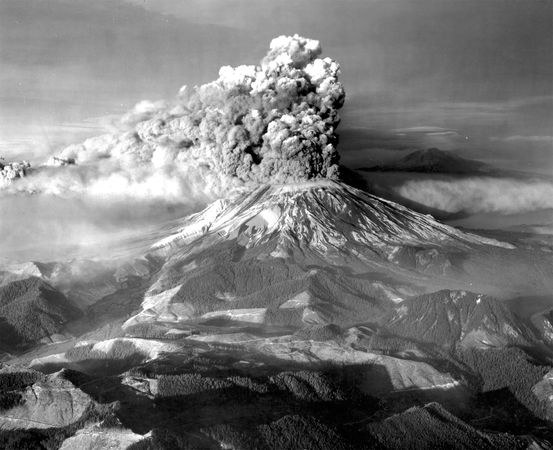 The volcanoes are located in areas of the world where there are faults in the earth's crust, at the edges of tectonic plates, especially where part of one plate lies on the other. Many volcanoes are located on the bottom of the ocean. Often the sea water entering into the mouth, provoke the next burst. When cooled lava rises above the water level, entire Islands are formed of igneous rocks. Such an example is the Hawaiian Islands.

Volcanoes are divided into active, dormant and extinct. The first release from the crater, the gases, lava and ash. A natural disaster can happen at any time. Dormant volcanoes are not actively secrete products of the eruption, but it in principle can happen. Often the muzzles of such volcanoes clogged with cooled lava. This lava tube is difficult to penetrate even the strongest flow of magma and gases. But if it happens, it starts the eruption of enormous proportions. As, for example, the Krakatau volcano on mount St. Helena in 1883 caused a powerful natural disaster. The echoes of this incident was observed around the globe.

Extinct volcanoes do not erupt for hundreds of years. But there is no guarantee that they will not begin their destructive activities again. It happened with the volcano Bezymianny in 1955 -1956. It has not functioned for over nine years and was considered extinct, woke up in 1955, and over all the explosion in 1956.

But if the magma dissolved gases and a little on her way with no obstacles, the eruption is relatively quiet, and formed a lava lake. When a thick lava volcano looks like a cone-shaped, often has several craters – holes through which magma comes out. If the inside of the crater enters the water, it is thrown back in the form of geyser – hot water flow and volcanic particles. In addition to the lava and gases of the crater of the volcano often flies a huge ash cloud covering the sun for miles around.