In the first round of group stage group D at the Cup of America on football of 2016 came together last year's finalists of the tournament. The match Argentina - Chile was perhaps the most anticipated group stage of the championship. 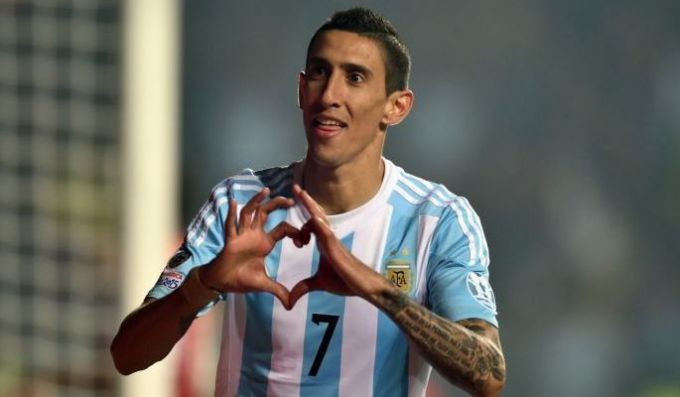 The national team of Argentina before the meeting has been weakened by the absence in the composition of their captain and leader Lionel Messi. Went in the base and another star forward blue and white Sergio Agüero. However, the lack of strikers was not a big problem for the two-time winners of the world Championships.

Already on the second minute, Nico Gaitan after hitting his head could hit the gate Chileans. Claudio Bravo saved the top front gate. After this episode up to 30 minutes of scoring chances in the game, although the teams tried to move quickly through the midfield and attack gate each other. After a half-hour striker Chile Alexis Sanchez missed his goal time. His shot from the penalty repelled by Sergio Romero. On 34 minutes, the same Sanchez from the free kick sent the ball into the top corner, but the goalkeeper of the Argentines again parried.

The end of the first half left for the Argentines, but the score has not changed - too chaotic and undeveloped attack was performed by the trio Di Maria, Higuain, Gaitan.

The second half, the Chileans began to actively, helped by some dangerous set pieces. However, the scoring was opened by angel Di Maria in the 51st minute. After a mistake of the goalkeeper of Chile, Oranges in midfield Banega intercepted the ball and gave a good pass to the player PSG. Di Maria struck the near corner of the Bravo.

On 59 minutes, he Banega doubled the advantage for the Argentines. Claudio Bravo again missed the kick to the near corner, but the trajectory of the ball in this episode was affected by a rebound from the spikes of butts Mauricio Isla.

Had a great time and Gonzalo Higuain. At the 67th minute striker Napoli from close range was unable to send the ball into the far corner - the goalkeeper.

The Chileans still managed at the end of injury time to play one ball. Fuenzalida a few seconds before the end of the meeting headed the ball into the goal.

Final score 2:1 in favor of the Argentina national team leaves preferable chances of the winners to qualify from the group D in the quarter-final stage.