Musical instruments of the peoples of the world

It's just part of the tool, as just about all it is impossible to tell. I want to believe that they will not be replaced by modern electronic instruments, and happily continue to exist and be widely used. 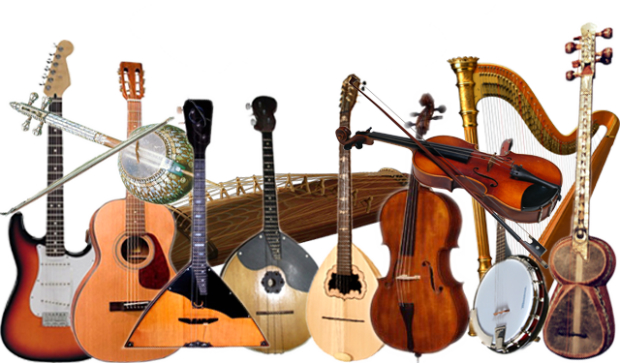 Eternity is a Russian tool in the world is considered the balalaika. Its name comes from the words "strum" and "balakane". The ancient balalaika, of course, different from today, for example, a width, and a long fingerboard, and the fact that she was only 2 strings.

Pandora – a little-known tool, yet which are public in Ukraine. Became so famous in the 20th century, the bandura was constantly invited to play at court. It has undergone many changes, and the modern bandura has about 60 strings, when old had only 7-9.

Folk instrument of that state is fluter. This tool is made of wood and represents something like a flute. It was used to round up the cattle in the herd.

Agogo – an instrument of African origin, however, once very popular in Brazil. This tool consists of two or three bells connected by a handle made of metal. Used to the Brazilian Samba and capoeira.

The symbol of ancient American music is the banjo, an instrument of the cowboys of the wild West. He was also brought from Africa, and for a long time it was altered, adding new frets.

Pisao, the pan flute is an ancient Chinese folk instrument, was first discovered in the 11th century, then isschezli and was revived in the 20th century. Is a 12 bamboo sticks glued together than vaguely reminiscent of a harmonica.

The continent that gave many countries their traditional instruments, have reserved something for myself, of course. African folk instrument deservedly became the crust is made of Corbas divided into two parts, and 21 strings. Their sound resembles a harp. Playing on the bark long learning and the attainment of skill to make the instrument yourself.

Indian folk instrument - the sitar. It is an integral part of the culture of the Hindus. The tool consists of 9 to 13 strings. It was the ancestor of the Tajik setor.