Caucasian languages - many languages not included in groups Indo-European, Altaic or Uralic languages, but spoken by about 7 million people. Some of the Caucasian branches so picturesque that talking to them only in remote villages. 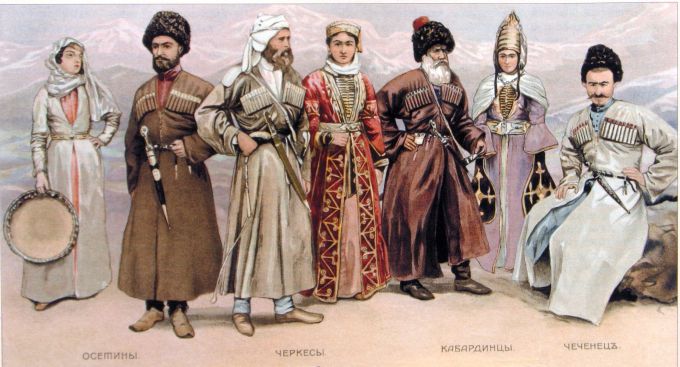 Languages of the Caucasus are divided into three large groups with a number of branches. The southern branch includes the Georgian language, Mingrelian and LAZ, which are mostly used in Turkey. Also to the southern language group can be attributed to the Svanetian language, widely used in the West of Georgia. North-Western branch of the language is Abkhaz, Abaza, Adyghe, Kabardino-Circassian and Ubykh. This group is one of the most common coverage area – Kabardino-Balkaria, Karachay-Cherkessia and Abkhazia.

The total number of speakers of these languages about a million people. Another major language family is the northeast, including the Chechen, Ingush and batsbi languages. If the Chechen and Ingush languages were the main in the Chechen Republic and the Ingush, the batsbi language has a very limited area of use - a small village in Western Georgia.

Languages of the Caucasian group have distinctive features from other languages of the region. The sound system is represented in the form of simple vowels and more than 70 consonants in some languages there are more than 50 cases. That is, these languages have absorbed all the diversity of morphological and syntactic forms peculiar to Indo-European languages, and at the same time remains fundamentally different.

The history of the Caucasian languages is extremely surprising. For centuries every language has been maintained and developed through oral and written folk arts, so that in remote remote villages managed to preserve the unique dialects from the time of the Alans. Currently only the Georgian language is the state and literary status. Its story dates to the 5th century BC and has many works of recognized cultural heritage. Despite the branching of the Caucasian group of languages, to prove their relationship is not possible.

Many scholars have put forward various theories combining these languages into one territorial subgroup, but the historical evidence yet. The Caucasus continues to surprise and fascinate with their originality.