Why not to swim after eating

Swimming is a common pastime and many favorite. It is not only a pleasure, but extremely useful for the body. However, the pleasure from this activity can only be obtained subject to certain guidelines and rules, for example, not to make the swim after eating. 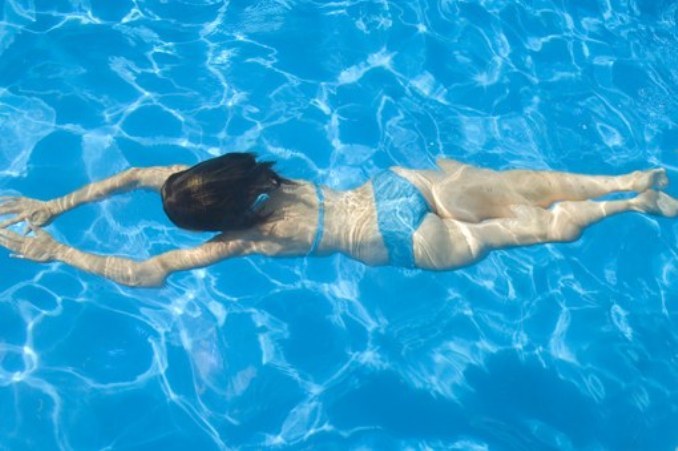 Recommendation is not to start swimming with a full stomach have long been known and has both supporters and opponents. Not all experts agree with this limitation. Some argue that swimming after eating any dangers and does not pose harm to the body not harmful. Others believe that swimming is safe only after a moderate meal (e.g. snack), but can become dangerous after a hearty and substantial dinner.

However, the majority of experts are of the opinion that you can go into the water right after you eat thoroughly, you should not. Time limits vary – some believe that it is necessary to wait about an hour after eating and then go to the river or in the pool, others increase the waiting time to three hours. This is due, in particular, the fact that swimming is a pretty serious exercise for the body. Accordingly, there is a rush of blood to the muscles (to keep them active) that reduces the blood flow to the stomach and causes the deterioration of digestion (to the point that you may just throw up).

Another argument is when a person is in the water, it puts pressure on all his body, including internal organs (e.g., stomach), which may also affect the digestive system.

Another explanation for the ban on swimming after a meal as follows. After receipt of food in the stomach is very heavy rush of blood to it, so the blood supply of the brain deteriorates. And it is at great physical exertion (such as swimming) can lead to dizziness or convulsions, and sometimes blackouts. On land such phenomena are unpleasant, but not fatal, but in the water can be really dangerous for life.

There is another justification for the ban on swimming after eating. It is because the water temperature is lower than human body temperature. Consequently, the immersion of a person in the water makes the circulatory system work with increased load, to maintain a certain temperature balance, in the end, the pressure increases dramatically quickens the pulse. If it all happens immediately after a meal, when blood pressure is, on the contrary, is reduced, the body gets a very strong stress, which can lead to even loss of consciousness. It is clear that for a person in the water, it poses a great threat.