One day of life on Sakhalin

Used to hearing on TV about the rest of the celebrities to the island on vacation, go on vacation, to the Islands"... and why not to give preference to the largest island in the country – Sakhalin? 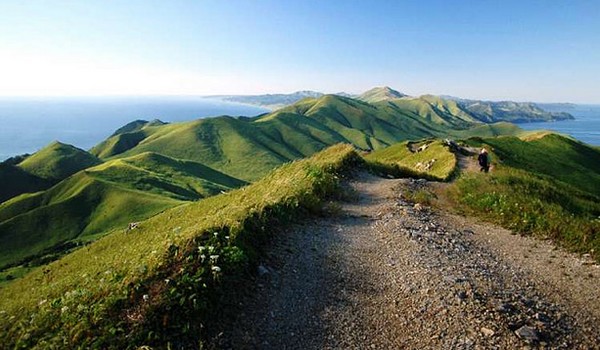 A separate world in which he lives not only Russian culture, but also part of the East and a little Japan.

Sakhalin railway is the place where having been, you will understand that analog him in the world. Track gauge is 1067 mm. It is in good condition, and located directly under the open sky. Cars and locomotives, locomotives that are there exclusive technique of past centuries. The tunnel at Cape Zhonkier built by convicts, reminiscent of a broken line and located in the rock. He operates to this day.

The bosom of wild nature in a remote corner of Russia is an island with a symbolic name seal. This is where you can observe interesting fauna in the world phenomenon – the rookery of sea lions. This action is prohibited to disturb water transport and aircraft. But if you want to visit a guided tour is allowed.

Rock arch Cape Giant, grove of relict yew trees will impress you with its beauty. You will be able to collect Sakhalin amber is the color of ripe cherries, which is no worse than the Baltic. Jumping water obstacles and passing through the Sakhalin salmon falls pierce this phenomenon of nature.

This is not a complete list of the beauties of the largest island of Russia. Has its own atmosphere, different from the usual Russian way of life, interweaving the traditions of different peoples overwhelmed by its strangeness and delight from the seen places.