Launch serial production of Lada Vesta was scheduled for September 25. And here is a prototype on its basis for the world racing series is already being seen on the tracks. We went to the stage of the WTCC in Morocco to get acquainted with racing "message"... 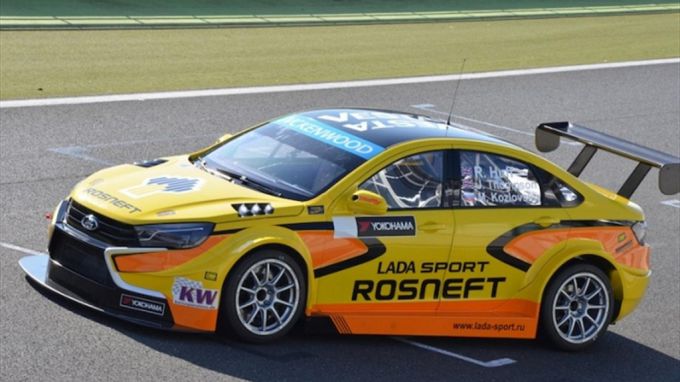 Ahead of qualification. Team principal Victor Shapovalov and race engineers seem nervous, so not very talkative. And distract they do not want because they are getting ready for the races. But the mechanics of the team (by the way, all our compatriots) is much more sociable.

Already pre-season tests, Vesta was not slower racing Granta, which was fine-tuned throughout last season. So the team is counting on better results than last year.

Robert Haffa managed to score points in three races out of four. But for Vesta's debut season, and the car is still not "break in".

The work on the car continues. The season has just begun, and the racers with the engineers is still looking for optimal settings.

Damage to the car Robert Huff was very serious. Near here to replace the floor and maybe whole body...

At the stage in Morocco machine Michael Kozlowski lost canard, and also received damage to the engine and suspension.

Lada Sport still managed to earn their first points thanks to professional actions of James Thompson. Moreover, after just a few weeks athletes surely made in Hungary and Germany. And Robert Huff earned points, even on the most difficult stage of the championship — the legendary Nordschleife. Of course, we can't enjoy high-profile successes, but the season has just started. And it was a race. And everything is possible!
Is the advice useful?
See also
Присоединяйтесь к нам
New advices