Conifers turn yellow in the spring, what to do?

How often the gardener in the spring watching a depressing picture: gladdened the whole of last season coniferous suddenly in April-may yellow, turn brown and appear lifeless. What to do? How to save the plants? 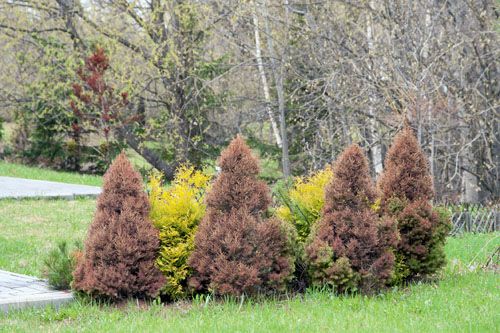 Rarely it happens that of guilt. in this case there is - as a rule, the owner of the site have made mistakes, for which plants are paying the price.

Why conifers turn yellow in the spring

Take a look at the list of such erroneous events and check the items that correspond to your actions:

What to do if plants are already yellowed

If we are talking about small patches of yellow pine in late February-early March, it is still quite possible to protect the trees pritirochnyj materials.

In any case it is not necessary to wrap the plants lutrasilom (spunbond) completely. The material loosely holds the sun, the needles thus continues to evaporate the moisture, and "cocoon" from inside lutrasil creates a greenhouse effect, leading to the rot, fading and, ultimately, to the yellowing of the needles. Often under lutrasilom the plant is yellowing more than the unsheeted.

To effectively protect from the sun individual plants, use burlap pritirochnyj and special mesh, allowing the needles to avoid bright sunlight and giving it air out. 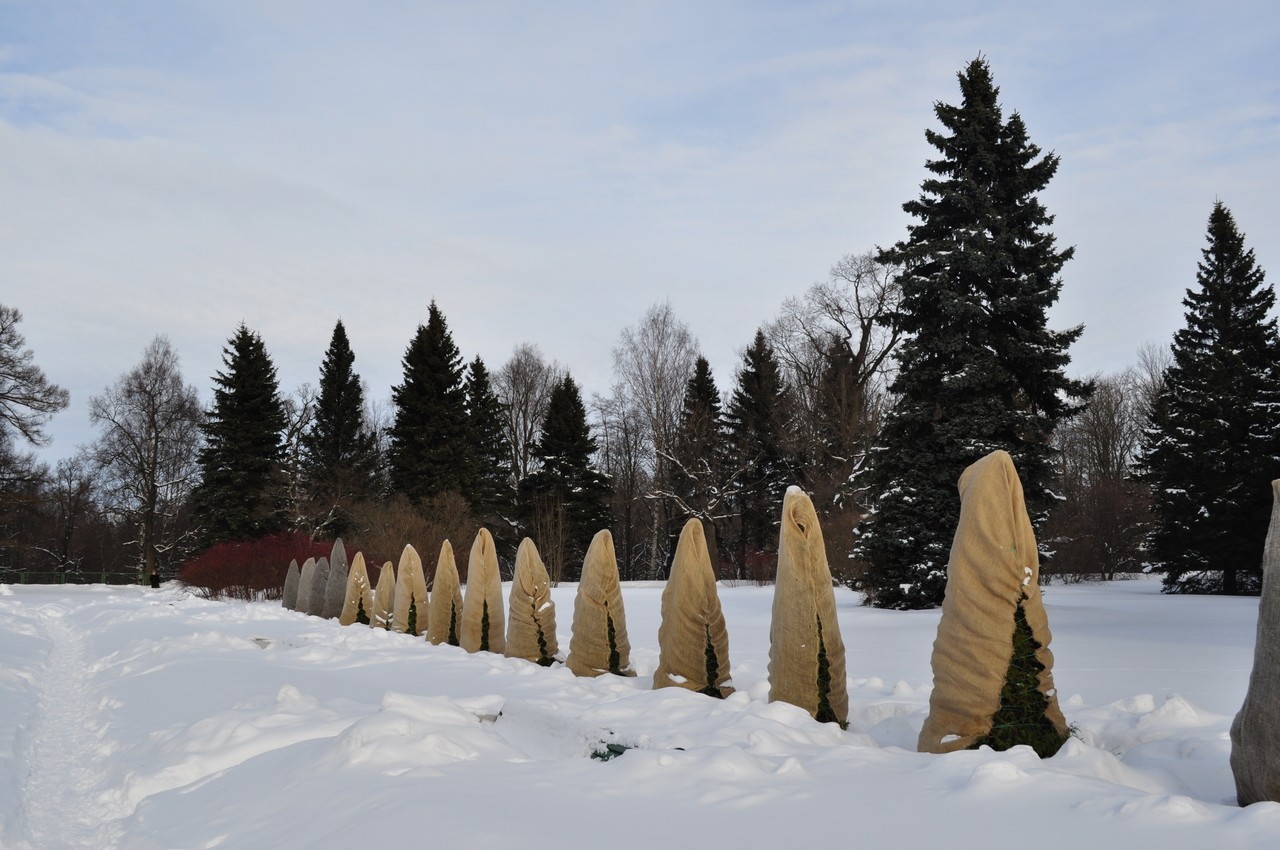 By the way, absolutely to exclude using lutrasil not worth it. It is possible to build fine screens, which are slightly pritenyayut plants, but do not accumulate moisture.

The easiest option is to throw the tree fabric only on the South side and secure it in this position with string or a regular office supply staples directly on the branches. The result is a plant preteena, but well ventilated.

Well established "fences" from lutrasil, which construct on the South side of the living conifer hedges. In this case, pull the fabric on the pillars, dug into the ground ever since the fall, and organize a protective "wall".

If the needles are yellow in April-may

Well, most often this phenomenon is reversible and fixable. Do not just prune the branches with yellowed needles. Some plants can re-grow shoots with young needles (e.g. TUI).

Only in cases where bitches have clearly dried up and break off easily with a dry cut, you need to carefully cut them with a hacksaw or cut off with shears.

So, how to help the victims of conifers?

1. Treat for prevention of plants with a mixture of insecticide and fungicide, because the layman is difficult to determine the presence on the plant for signs of disease or pests.

For this purpose, 10 l of water add 4 ml of Topaz and 20 ml of Actellic (if you will not find Aktellik, it can be replaced by preparations of Akhtar or Fufanon). This tank mixture, be sure to add a vial of the drug Zircon, is a great stimulant that will help recover plants. 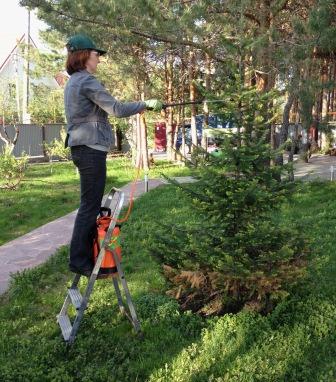 2. Liberally pour the plants, especially if you suppose that overdosed with fertilizers at planting. After washing the soil again pour coniferous, adding water 1 vial of Zircon. In this case it is used as kornelimunster.

3. Do not make any dressing nor the root, nor the needles, until the new shoots.

4. In the morning, evening or on cloudy days spray the crown with water.

5. A week after the first treatment spray plants with a solution of drugs EPIN-Extra (2 ml per 10 liters of water). This is a great anti-stress medication, which helps the needles to recover.

If you have very alkaline water (gives a lot of scale), then into a bucket of water prior to breeding Alpin add 1 tsp of vinegar (the drug EPIN is destroyed in an alkaline environment). Spray in cloudy weather or morning and evening 2 times per month until the full recovery of the plant.

6. Instead of Alpin, you can use another adaptogen - a drug HB-101, this solution sprayed and watered the roots once a week. Use 2 times per month until full recovery of the tree.

7. As soon as the plant cheered and there were new shoots in may, we can feed it using a special fertilizer for conifers. Thus it is better to give preference to liquid and granular preparations with a long lifespan (POKON, AVA).

8. Regular watering and spray conifers, especially young specimens, and do not make future errors before preparing them for the winter.