Anaemia is the "child deficit" often hemoglobin and red blood cells (red blood cells) in relation to the natural level required to meet the needs of the body tissues of oxygen. 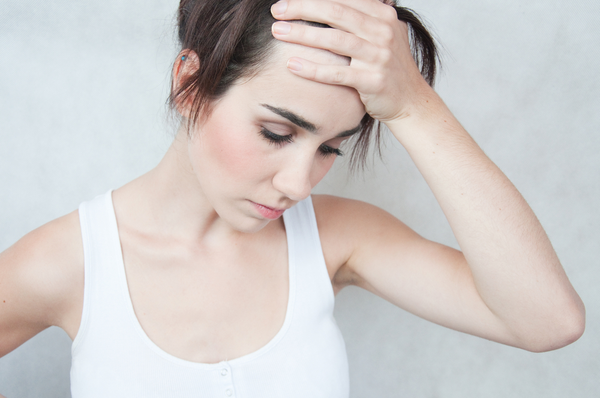 The body anemia is really suffers from a decrease in blood erythrocytes and hemoglobin responsible for transporting oxygen and carbon dioxide. This means that on the background of anemia in the body hypoxia - oxygen deprivation - with all the ensuing consequences.

Most often the anemia is not so much a disease in its pure form, but the special indicator (pretty basic but reliable), "signaling" that occurs in the body of some other disease.

The common symptoms for many varieties of anemia most often are:

- pallor of skin and mucous membranes;

- frequent inflammation in the corners of the mouth - the so-called "zaedy";

- pain in the calf muscles under load;

- shortness of breath and palpitations;

In addition, people suffering from "pale with sickness" (anemia called in the 19th century), there is a significant dryness of the skin, and often skin itching, deteriorating the growth of hair and cut the tips.

The insidiousness of this disease is that the body's attempt to adapt to the lack of oxygen in the fight against diseases will involve all systems and organs (mainly by reducing their functional activity). And as a result there is a deficiency of essential nutrients, leading to the depletion of the "reserve Fund" contingency reserve accumulated in a body "vaults".

If the body is not time to help, he will inevitably become "bankrupt": the Domino effect - in a painful reaction includes all the organs and systems but, first and foremost, you should expect failure in the weakest link.