Why husband wants wife after childbirth

Many spouses are confronted with the fact that the husband loses interest in wife after childbirth. But even the men themselves cannot accurately answer the question of why this is happening. The birth of a baby should bring together his parents, but husband and wife become more business partners than lovers. 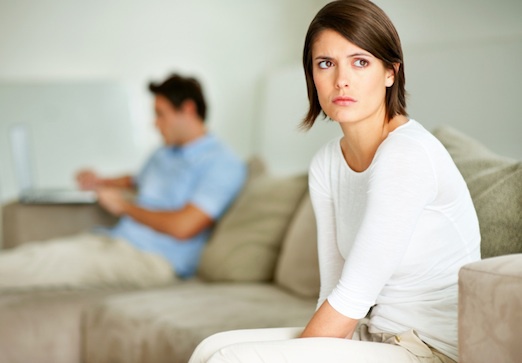 The first reason is psychological, but that very few people think. The fact that when a woman becomes a mother, she radically changes his attitude to life. First and foremost, it affects the surrounding people and more on his own wife. If earlier she was just a wife, after a baby in it with new force awaken maternal instincts, unfortunately, they are not just for a baby, but her husband, a woman begins to educate a wife, he begins to see her friend and lover, and her own mother. About sexual attraction in this situation and do not have to think.

The second reason is pretty obvious: the kid takes a lot of time and effort from both spouses. A day a man spends time at work, and in the evening devotes his child, not his wife. The wife, in turn, the entire day is spinning like a squirrel in a wheel, even in the evening this crazy race almost never stops. Naturally, the atmosphere that prevails in the house where a small child, is unlikely to contribute to harmonious and regular intimate life. This is not to say that there is no sex at all, he is, but not in that quantity and not the quality they used to be.

The last reason is changes in appearance of the wife. A woman's body changes after giving birth, many mothers gain weight during pregnancy, and after it. In such a situation, the singular guilt of the husband in the extinction of desire. Even with a minimal amount of free time a woman should do to look after themselves, to look if not sexually, then at least well-groomed and attractive. This will benefit not only the family but also the psychological state of a woman - a beautiful reflection in the mirror is uplifting and makes more confident.

How to return desire of the husband after giving birth

Of course, reasons why a man does not want his wife after childbirth, can not be three and more, but there is a solution.

First, we need to be patient, because the child is growing fast, with a time of worries gets smaller and women have the opportunity to gradually return to normal for her and the rhythm of life. In addition, the couple have more free time to devote to each other.

Secondly, you need to give each other time to adjust to new roles in the family, because both man and woman survive the stress.

Conclusion: if a man and a woman truly love each other, then the temporary absence of a regular and fulfilling sex life is a coming phenomenon, which needs to survive. Many families are faced with this problem, but with patience, most of them managed to establish a perfect intimate relationship after 2-3 years, and sometimes sooner.